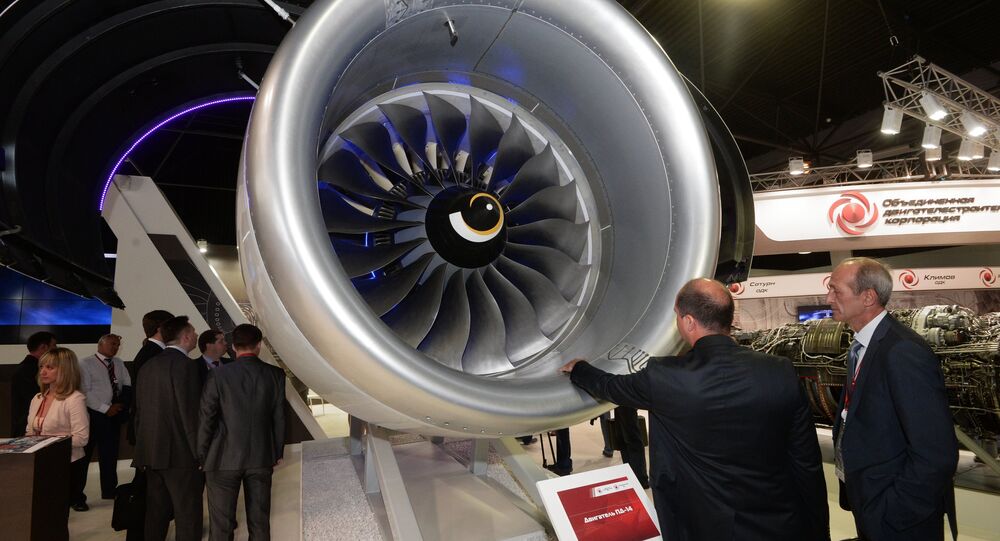 © Photo : Wikipedia/Vitaly V. Kuzmin
Russia Tests First New Aircraft Engine in Almost 30 Years
"I want to congratulate the chief designer and all your colleagues, a creative team, with an unconditional victory in the almost thirty-year history of our engine-building. The event we have today has not happened in, to put it more precisely, 29 years," Putin said at a meeting of the State Council Presidium.

The president added that the new PD-14 engine, originally designed to power the Irkut MC-21 jet airliner currently under development in Russia, can be used in the entire product range of the country's aviation.

The new engines are developed by the Russian Aviadvigatel OJSC company specializing in designing and building gas-turbine aviation engines.