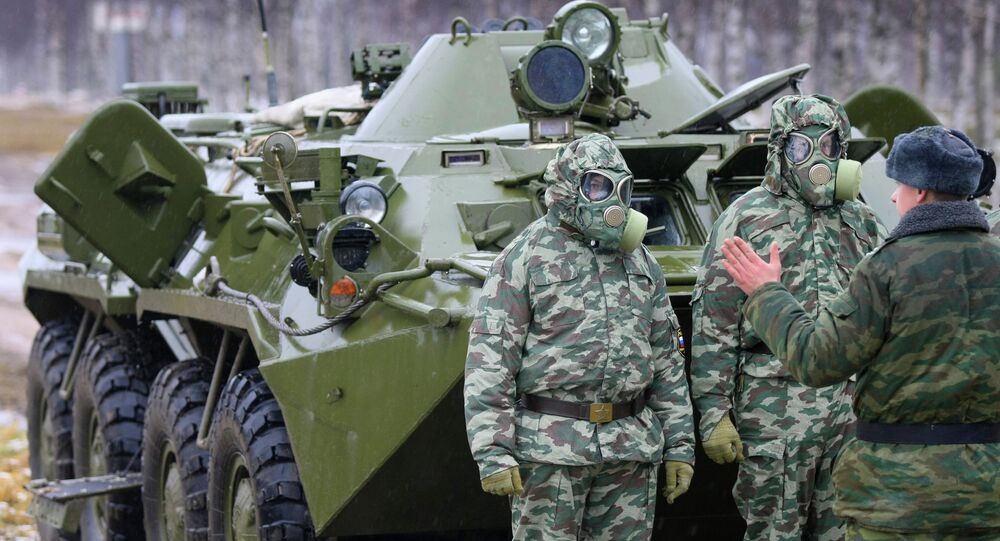 Russian Troops of Radiological, Chemical and Biological Defense (RChBD) have received about 80 units of modern special equipment in 2015 and are working on the development of new robotic systems, the Russian Defense Ministry reports.

"Only this year about 80 units of special equipment were delivered to the RChBD troops," the ministry said in a statement, adding that the current focus is on maximizing the work of autonomous systems, increasing the number of drones and modernizing RChB distant reconnaissance systems.

According to head of Russian RChBD troops Maj. Gen. Eduard Cherkasov, the troops will be supplied with modern weaponry up to 30 percent this year, while the target goal for 2020 is 70 percent.

"At present, in the interests of RChBD troops, the development of a promising multipurpose robotic system is underway, with its completion planned for 2017," Cherkasov added.

The head of Russian RChBD troops pointed out that the first "robots" in the Russian military were used by RChBD troops to conduct work in environments with a high concentration of toxic substances and high radiation levels.