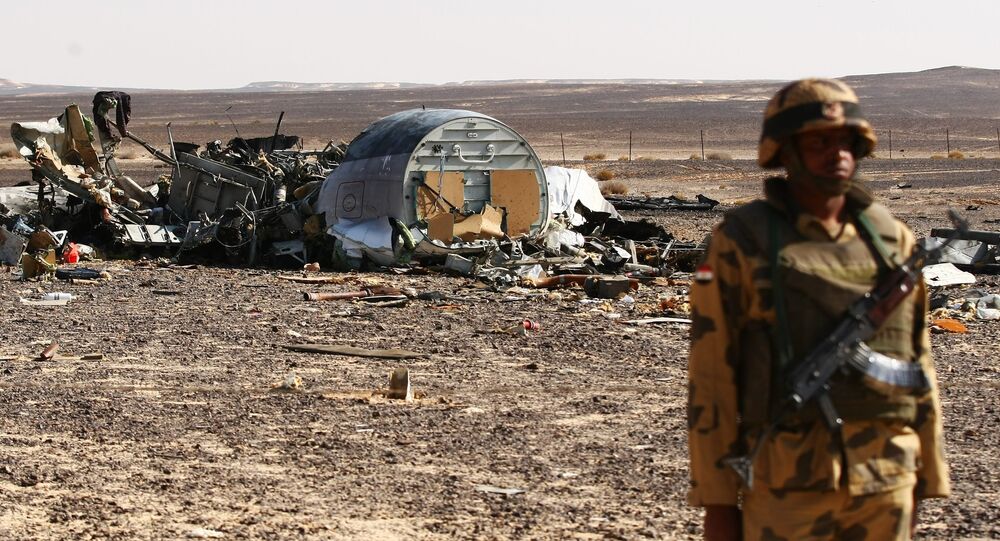 Every version of how the Russian A321 airliner crashed in Egypt will be taken into consideration, a Kremlin spokesperson told journalists.

© Sputnik / Maxim Grigoryev
A321 Crew Completely Lost Control Over Plane Before Crash - Kogalymavia
"We cannot say what version of a possible cause of the crash will be a basis of the investigation," Dmitry Peskov said on Monday, replying to a question about whether a terrorist attack could be to blame.

He added that at the moment it was "totally wrong" to make preliminary guesses, adding that it was necessary to wait for the first results of the investigation.

Earlier in the day, a top manager with Russian air carrier Kogalymavia said that the company could not rule out a terrorist attack as the possible reason behind its flight 7K9268 crash.

Russian President Vladimir Putin is constantly being briefed with information on the A-321 passenger jet that crashed on Egypt’s Sinai Peninsula over the weekend, Kremlin spokesman Dmitry Peskov said Monday.

“The volume of work completed has been huge, and the president has naturally been receiving all information on a constant basis of what has happened and what his happening right now,” Peskov told journalists.

Russian President Vladimir Putin will meet with Transport Minister Maxim Sokolov, who has just returned from Egypt, to receive the latest updates on the fatal crash of the A-321 passenger jet that crashed on Egypt’s Sinai Peninsula.

“The president will most likely meet for an hour with Transport Minister Sokolov, who is also heading the state committee on the plane. Early in the morning, Sokolov returned from Egypt and will give the president his report on the catastrophe,” Peskov said.

Russia has given Egypt’s coordination efforts on the A-321 passenger crash over the Sinai Peninsula a high assessment as the Egyptian authorities are working effectively, Kremlin spokesman  said Monday.

A Russian Kogalymavia Airbus A321 passenger airliner, with 217 passengers and seven crew members on board, crashed in the Sinai Peninsula in Egypt on Saturday, leaving no survivors.