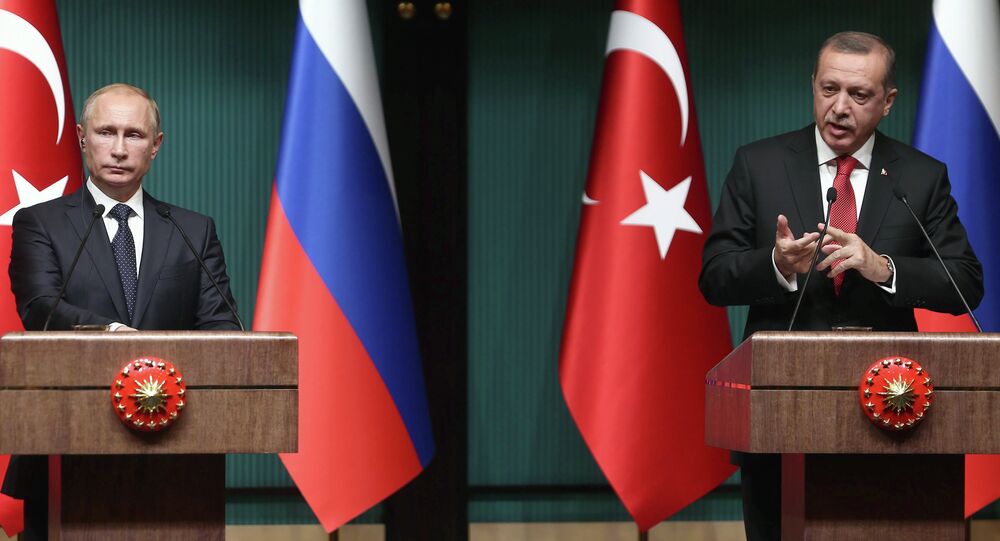 According to the politician, the incident with the Russian aircraft at the Turkish border resulted in the rapid deterioration of bilateral relations between the countries.

© AFP 2020 / ADEM ALTAN
Turkey Abandoning Russian Gas Supplies Over Airspace Violation 'Totally Unrealistic'
However, such incidents as well as different positions on the fight against ISIL should not harm relations between Moscow and Ankara, Kurtulmus stressed.

The high potential of Russian-Turkish relations cannot be lost due to the situation in Syria, he said on Friday.

"We have long-term economic and political relations with Russia, we have many years of living in a good neighborhood and peace. These relations should not be sacrificed to political interests in Syria," he said in an interview with the Anadolu agency.

On October 3, a Russian Su-30 fighter jet had briefly crossed Turkish airspace due to poor weather conditions. Russian authorities officially apologized for the incident, saying it was a "misunderstanding," and promised to avoid such incidents in the future.