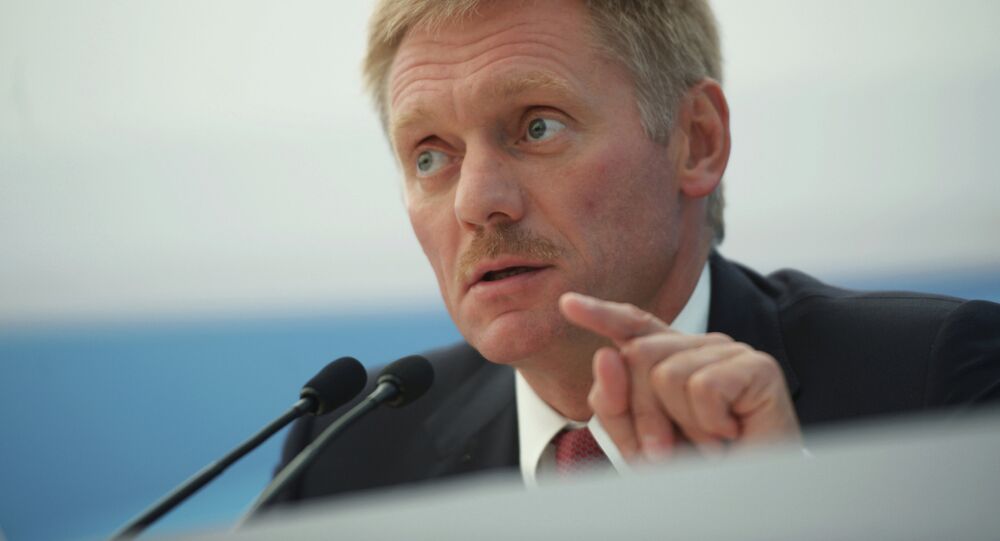 Kremlin spokesman Dmitry Peskov confirmed that Russia's goal in launching a military operation in the Middle East is fighting the Islamic State and supporting Syria.

MOSCOW (Sputnik) — Moscow's main aims in carrying out a military operation in Syria are tackling extremism and supporting the legitimate Syrian government in its efforts to do so, Kremlin spokesman Dmitry Peskov said Wednesday.

"The main aim is to fight terrorism and to support the legitimate Syrian leadership in the fight against terrorism and extremism," Peskov said, when asked whether Russia could guarantee that its airstrikes would only be used against the Islamic State militant group.

© Sputnik / Alexander Vilf
Russia Authorizes Use of Its Armed Forces in Syria to Fight ISIL
According to the spokesman, Russia is the only country to be carrying out a military operation in Syria on a lawful basis, as it was asked to do so by President Bashar Assad.

"The use of the armed forces of third countries is actually possible either by a resolution of the UN Security Council, or by permission of the legitimate authority of this country. In this case, Russia will be the only country to carry out this operation on a lawful basis, namely by request of the legitimate Syrian President," Peskov told journalists.

Earlier on in the day, Russia’s upper house of parliament unanimously approved the use of the country's armed forces in Syria after Assad made a request to Moscow for military assistance.

Syria has been in a state of civil war since March 2011. Government forces have been fighting both "moderate" opposition factions and extremist groups, such as Islamic State and the Nusra Front.