By Opening Mosque in Moscow, Putin Shows Muslims He is Not a ‘Crusader’

By opening up the Moscow Cathedral Mosque, the largest mosque in Europe, Russian President Vladimir Putin has taken a smart step prior to a possible anti-ISIL military operation in Syria – he showed Muslims around the world that he isn’t just another “Western crusader,” Boulevard Voltaire reported.

The new mosque was opened in Moscow ahead of the Muslim holiday of Eid al-Adha, also known as the Feast of Sacrifice, on September 23 after a special ceremony attended by Putin himself, as well as a number of foreign delegates, including Turkish President Recep Tayyip Erdogan and Palestinian President Mahmoud Abbas.

Why was the event so widely publicized in media? French journalist Nicolas Gauthier of Boulevard Voltaire speculated that Putin didn't want to repeat the mistakes made by the United States in Iraq and Afghanistan, when many thought the US military was acting akin to medieval crusaders who came to conquer the area and suppress the local populations. Instead, Putin wanted to show Muslims that he isn't a "Western crusader." 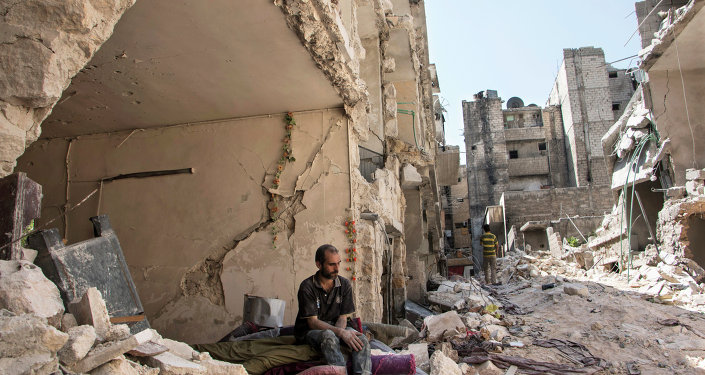 © AFP 2019 / KARAM AL-MASRI
No One Can End Syria War Except Russia – Polish MEP
Furthermore, as an expert in politics, Putin knows that he needs to have strong support from Muslims in Russia, before he could venture down to Syria, the French journalist said.

Unlike Europe, where Islam is largely seen as an imported thing, Russia has a very different perspective towards Islam. Since both Muslims and Christians have lived in Russia side by side for centuries, Islam isn't seen as something alien. Putin plans to strengthen this further, wanting Muslims in Russia to form values that honor Russian culture and traditions to avoid the penetration of Wahhabism into Muslim communities in Russia, Gauthier explained.