No One Can End Syria War Except Russia – Polish MEP 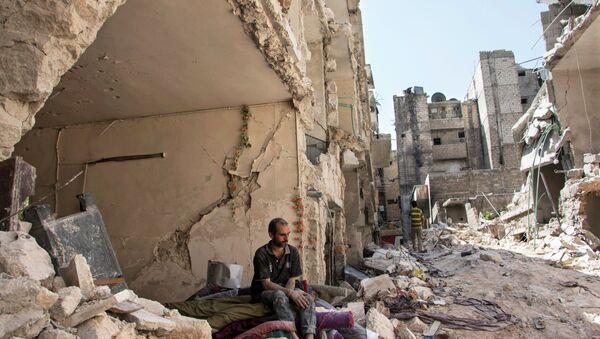 © AFP 2021 / KARAM AL-MASRI
Subscribe
The West should morally support Russia in its effort to end the civil war in war in Syria, a prominent Polish politician said on Friday.

West's Cooperation With Russia and Assad the 'Only Way' to Stop Syrian War
Janusz Korwin-Mikke explained his position at a news conference at the parliamentary headquarters in Warsaw, the weekly newsmagazine Wprost reported.

“On October 1 I’ll be flying to Moscow to attend a conference on fighting terrorism. Right now we have a situation where even the Americans admit that Russia is the only one who can do something [in Syria], and I believe that we should give it all the moral support it needs to end the war,” Korwin-Mikke said.

“The Lebanese President told me that the Americans keep buying oil from Islamic State thus financially supporting them… They are also supplying arms to the Free Syrian Army, which eventually end up in the hands of the IS terrorists,” he added.

Janusz Ryszard Korwin-Mikke is a conservative liberal Polish political commentator, the creator of a Polish liberal political party Coalition for the Renewal of the Republic – Freedom and Hope and a member of the European Parliament.