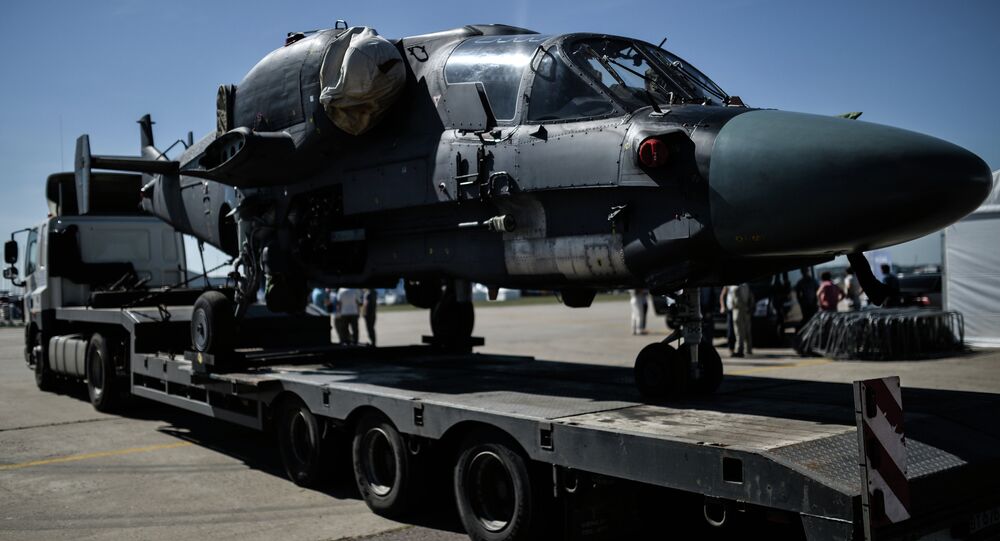 The kings of both Saudi Arabia and Jordan will visit MAKS 2015 International Air Show and Defense Expo air show on the opening day.

Russia anticipates to strengthen its trade ties with customers from the Middle East at the upcoming MAKS 2015 International Air Show and Defense Expo, which will be held on August 25-30 in the city of Zhukovsky outside Moscow, Defense News reported.

“The MAKS air show is likely to illustrate the Kremlin's real and emerging security partners in the Near and Far East,” Theodore Karasik, UAE-based geo-political expert, told Defense News.

Russia has already reached a historical milestone, profiting $13.2 billion in 2014 from the sales of military aircraft, mainly to China and India, and now expects to expand its trade connections with Middle Eastern states like Saudi Arabia and Jordan, Karasik states.

© Sputnik / Vladimir Astapkovich
Russia MAKS-2015 Air Show to Attract Over 150 Companies From 25 Countries
Russian media has confirmed that kings of both Saudi Arabia and Jordan will visit the expo on the opening day on August 25.

Russian newest yet-to-be-unveiled to public at large Ka-52K helicopter was designed specifically for Mistral class ships, which the Saudis have now expressed interest in purchasing. France broke the contract with Russia for the two Mistral ships after the conflict in Ukraine erupted.