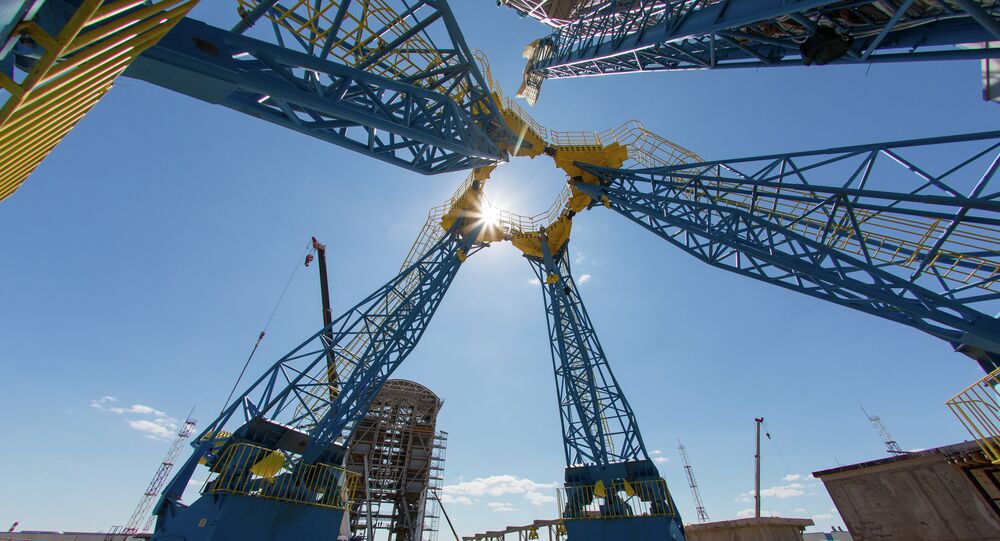 MOSCOW (Sputnik) — According to the Izvestiya newspaper, there is no purpose in launching the older Soyuz ship in 2018, with the first launch being carried out using a new ship with a new Angara-A5B carrier rocket.

"We are expecting to reach the preparedness level for the implementation of manned space flights by 2025," Roscosmos spokesman Igor Burenkov said, as quoted by the newspaper.

The first test flight of the Angara-A5B is scheduled for 2023, while the rocket’s first unmanned flight is slated for 2024, according to the media outlet.

The Vostochny Space Center is under construction in the Amur Region of Russia's Far East since 2012. Vostochny will enable Russia to launch most missions from its own soil, reducing the country's reliance on the Baikonur space station in Kazakhstan.

Earlier statements claimed that the first launch of a new manned spacecraft on an Angara heavy rocket carrier would take place in 2023.

The Angara family of space launch vehicles has been in development since 1995. In April, Roscosmos head Igor Komarov said that Russia could use the modernized Angara-5 heavy-class carrier rocket in a moon exploration program in 2025 and a manned moon landing in 2029.