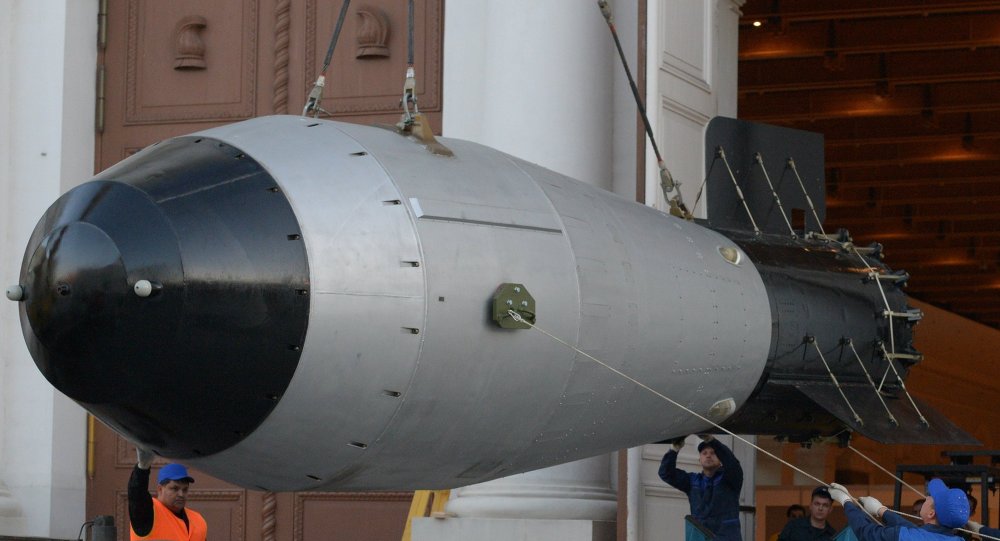 A life-size replica of the most powerful detonated nuclear bomb in history, better known as the Tsar Bomba, will be displayed at a historical exhibition in downtown Moscow.

On Saturday night the mockup of "Item AN602" was delivered to the Russian capital from the city of Sarov, which is around 400km east of Moscow and is home to the Russian Federal Nuclear Center.

The exhibition to celebrate the 70th anniversary of Russian atomic development will be held from September 1-29 at the Manege Exhibition Hall, just outside the Kremlin and Red Square.

The Tsar Bomba hydrogen bomb is the largest-ever nuclear device to have been detonated.

The power of the explosion exceeded the combined power of all explosives used by all countries during WWII. The explosive energy released exceeded 3,800 times the Fat Man bomb dropped on Nagasaki.

On October 30, 1961, a specially modified Tu-95 strategic bomber enveloped in a protective white coating, dropped the massive bomb at a testing range on the Novaya Zemlya Archipelago in the Arctic Ocean.

The 26-ton explosive device was parachuted from 10,500 meters so that the bomber and a flying laboratory that was collecting data had time – 188 seconds – to leave the area. 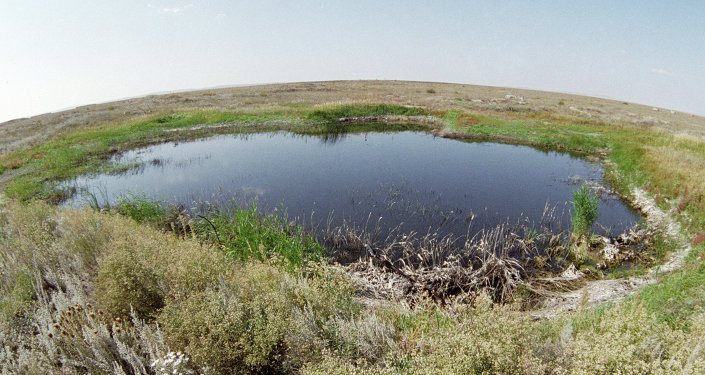 © Sputnik / A. Solomonov
Hot Destination: Soviet Nuclear Test Site Opens to Tourists
The bomb detonated at an altitude of 4,200 meters. The unprecedented explosion was expected to measure 51.5 megatons. In reality, its power was estimated at between 57 and 58.6 megatons.

The ball of fire had a radius of 4.6km and was visible from a distance of 1,000km, despite dense clouds. The mushroom cloud from the explosion rose up to 67km and had a diameter of 95km.

For about 40 minutes after the explosion, radio signal distortions were observed hundreds of kilometers from the epicenter due to ionization of the atmosphere.

The blast wave circled the planet three times. On Dikson Island, some 800km from the range, the wave blasted out windows, bringing the sound of cannonade with it.