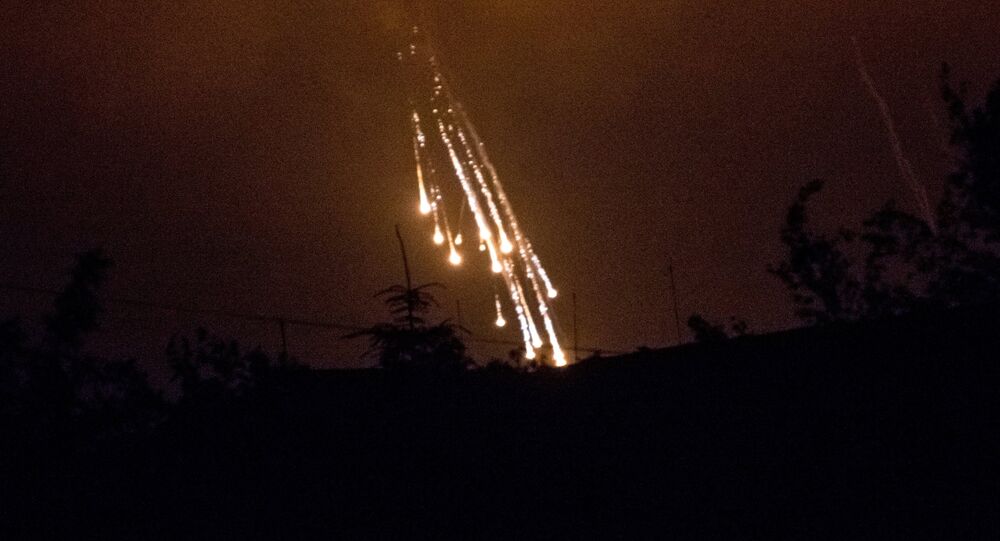 © AP Photo / Bernat Armangue
Monsanto Linked to Israel's Illegal Use of White Phosphorous in Gaza War
“We have received irrefutable evidence of the use by the Kiev forces of weaponry similar to phosphorus bombs,” Markin said, based on the conclusion of a forensic chemical analysis from soil samples provided by witnesses in the targeted areas.

“The refugees bring in fragments of bombs and artillery shells, which maim and kill their loved ones. We have conducted more than a hundred tests, which all attest to [the war crimes committed by the Ukrainian military],” Markin said in comments, carried by Rossiya 24 TV channel.

Independence supporters in eastern Ukraine have repeatedly accused the Kiev forces of using phosphorous bombs, which are banned by the Geneva Convention.

White phosphorus can cause injuries and death in three ways: by burning deep into tissue, by being inhaled as a smoke, and by being ingested.

Extensive exposure by burning and ingestion can be fatal.