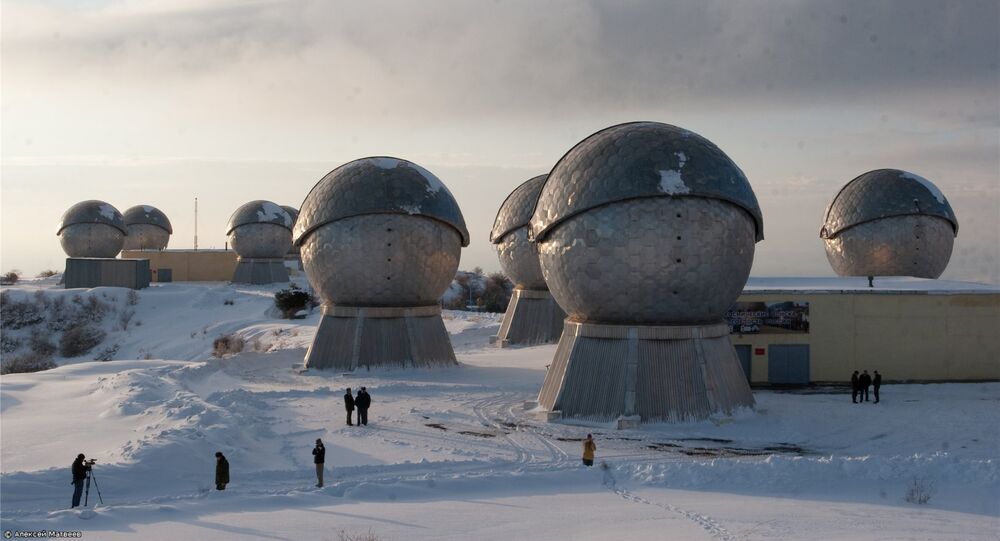 © Photo : US Air Force
Russia to Build New Generation Space Surveillance Systems
Upgrades to Okno-M, an optoelectronic system for detecting space objects, have been completed and the system is operating at full capacity, a fresh announcement on the Russian Ministry of Defense site reveals. The Okno-M station, based in Tajikistan in Central Asia, is an integral part of the space surveillance network of the Russian Aerospace Defense Forces’ Space Command. The surveillance station successfully underwent state tests late in 2014.

The task of the upgraded system is to automatically gather information on space objects and monitor objects in space, including those in geostationary orbit, at a distance of 120 to 40,000 km. The newly-developed system, which was designed completely in Russia, possesses increased detection capabilities, better channel capacity and a wider range of characteristics for processing data on space objects, an announcement on the MoD website reads. The capabilities of the modernized complex are four times greater than those of its predecessor.

The optoelectronic station traces space objects solely at night. Sunlight is reflected from the objects, which provides the system with the necessary information. Okno-M is fully automated and has the ability to operate without human intervention, keeping track of both previously recorded and newly detected objects. When the system is in passive mode, its power consumption is fairly low: reportedly, it requires as much electricity as a 150-unit apartment block.

Construction of the previous Okno (meaning 'window' in Russian) station, one of the key elements of Russian space intelligence, commenced in 1980 in the clear sky zone in the Pamir Mountains near the Afghan border at a height of 2,200 meters above sea level.

During the final years of the Cold War era, the complex was believed to be a secret Soviet anti-satellite laser weapon rather than the optical tracking station it actually was.

As a consequence of the civil war in Tajikistan, the construction of the site was halted from 1992, and the station became operational only in 1999 in test mode and from 2004 in combat mode.

In addition to the upgraded Okno-M station, in the next four years a range of new laser-optical and electronic systems for detecting space objects is due to be built.

In 2014, the Aerospace Defense Forces of Russia began operating a series of specialized surface laser-optical and radio engineering units for identifying objects beyond the earth's atmosphere.

These systems facilitated the expansion of the information gathering capabilities of Russia's space surveillance, including a 2-3-fold increase in the observational range for significantly smaller objects.

The Aerospace Defense Forces were established on December 1, 2011, to monitor Russian airspace. The military group commands a united outer space global monitoring system which focuses on Earth satellites and the surveillance of all other space objects. It is expected that ten or more specialized space monitoring complexes will be deployed by 2018 in the Russian south, Siberia and the Russian Far East.