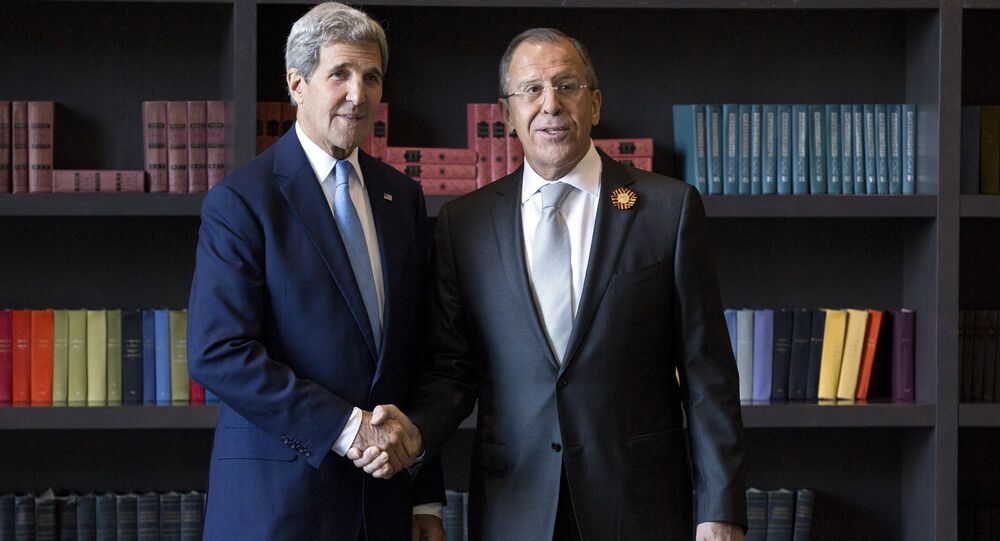 ‘Isolation’ is Not Working: US Seeks Cooperation With Russia - German Media

US Secretary of State John Kerry arrived in Russia to meet with Russian President Vladimir Putin on Tuesday. The unexpected meeting shows that Americans need cooperation with Russia and that the latter cannot just be isolated from ‘big politics’, DWN reported.

© REUTERS / Joshua Roberts
Kerry Arrives in Sochi for Talks - US Embassy in Russia
US Secretary of State John Kerry’s visit to Russia to meet with Russian President Vladimir Putin turned out to be a surprise for many, as it symbolizes a significant turn in US-Russian diplomacy, DWN reported.

Americans, who earlier labelled Russia as a mere “regional power,” seem to finally realize that major global issues can’t be dealt with without Russia’s participation.

US State Department spokeswoman Marie Harf said that the US Secretary of State came to the conclusion that it was important to talk with Vladimir Putin directly. Their discussions are expected to touch upon such issues as Syria and Iran as well as the conflict in Ukraine.

Do you think the Sochi talks mark a thaw in US-Russian relations?
Voted: 1681
All polls
The DWN also suggests that one of the main reasons for Kerry’s visit may be to discuss EU and NATO plans to launch military operations against Libya. Russia had initially announced its intention to veto this decision in the UN Security Council and Kerry may hope to persuade Putin to give up the idea, the article said.

So far, the US had tried to isolate Russia from world politics, but in fact it does not seem as simple as the US government imagined. Americans can no longer act alone in the global conflict situation and need cooperation with Russia, DWN wrote.

Harf said that she would not speak of a normalization of relations, as this is more applicable to longstanding conflict relations as between the US and Cuba. It seems rather like US administration is trying to present the situation in a way as if there had been no serious tensions between Moscow and Washington at all, the article said.

US Signaling Willingness to Break Ice in Relations With Russia - Analyst

US Can Benefit From Cooperating With Russia in 'Variety of Areas'