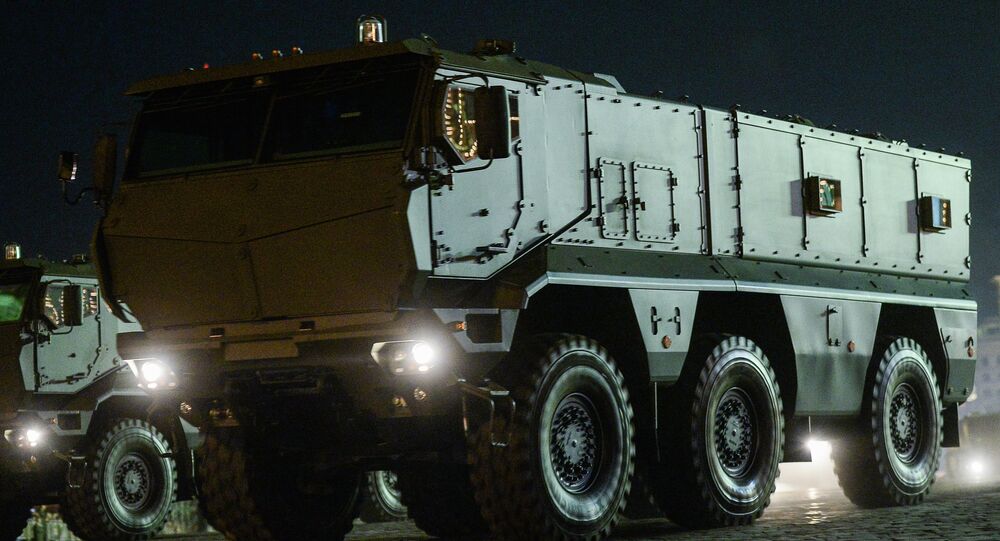 Russian Missile Operators Brought Up to Speed on Iskander-M

© Sputnik / Alexei Danichev
Russian Iskander Missiles, Jet Fighters to Be Deployed to Kaliningrad for Snap Drills
During the six-month course at a test range in the southern Astrakhan region the missile system operators will be learning the ins and outs of the advanced tactical ballistic missile complex to culminate in a real-life missile launch.

It is the second unit of the Russian Missile Forces to be armed with the Iskander-M complexes, military officials said.

The system is capable of hitting targets at a distance of up to 500 kilometers, with a precision of around 30 centimeters.

It can hit troop concentrations or underground command centers, depending on the warheads placed on the rockets. If necessary, its missiles can also be armed with nuclear warheads.

The Iskander-M missile system has been used by the Russian military since 2006.