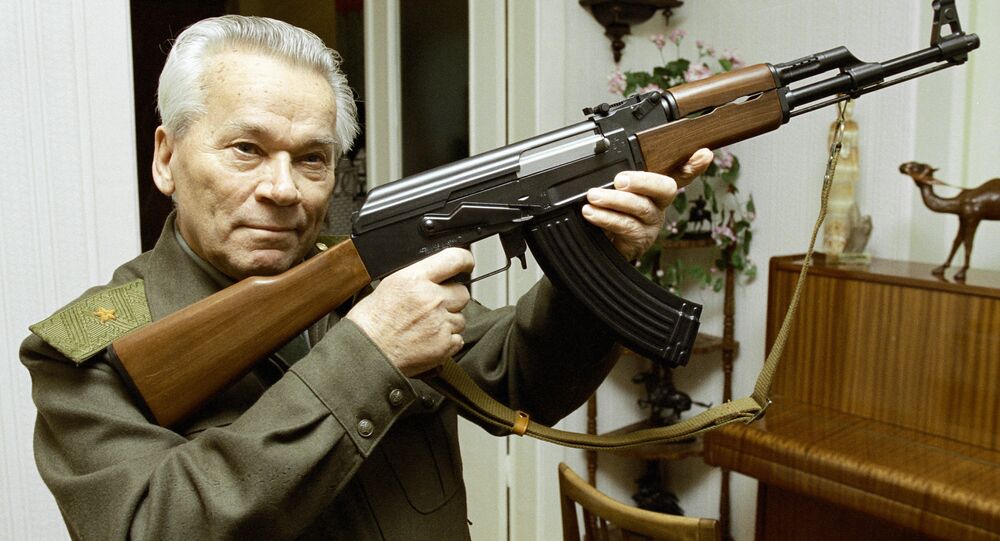 Kalashnikov is the leading Russian developer and manufacturer of automatic and sniper combat weapons, guided artillery ammunition, and a wide range of civilian products, including shotguns and sporting rifles, as well as machines and tools.

"We have managed to fill capacity at our firms, increase exports and production for domestic customers. We have substantial orders from the Defense Ministry, as well," Alexey Krivoruchko said in an interview with Rossiya-24 television.

Krivoruchko added that he thought the corporation would be able to "double production compared with 2014."

© Sputnik / Mikhail Voskresenskiy
Russia to Unveil New Kalashnikov Assault Rifle
Earlier this month, Kalashnikov Concern's spokesman said that the company would sponsor the European Rifle Championship, to be held in Hungary in June, despite the sanctions.

In December 2014, Russian state technologies corporation Rostec CEO Sergey Chemezov said that the gun-maker had almost fully made up for the shortfall in sales caused by the sanctions.

The West imposed several rounds of sanctions on Moscow after the Black Sea peninsula of Crimea rejoined Russia following a referendum in March 2014. The restrictive measures target Russia's energy, banking and defense sectors, as well as certain individuals.

Lipstick and Kalashnikovs: Women in the Russian Armed Services