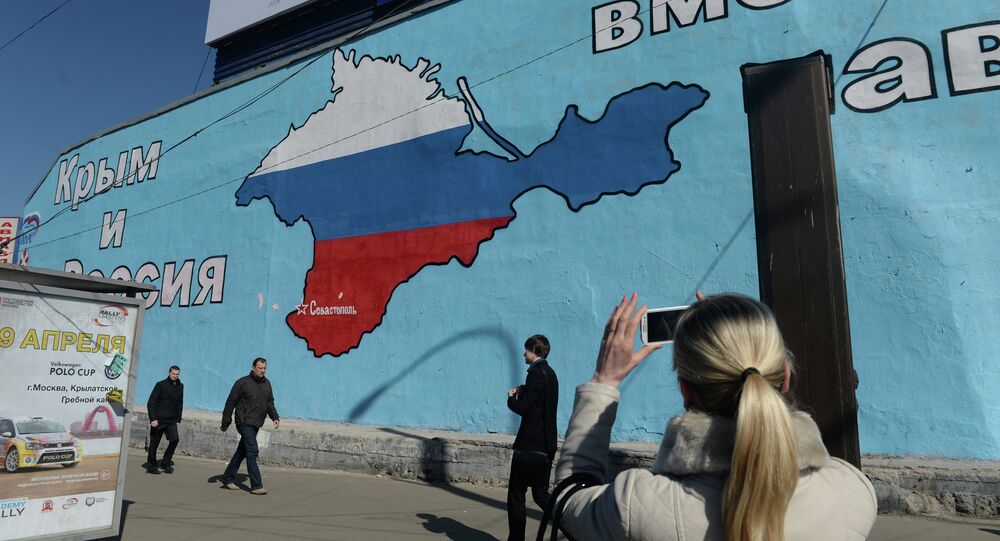 Russian Deputy Foreign Minister Gennady Gatilov claims that Crimea's reunification with Russia saved the people of the peninsula from human rights violations that are now commonplace in Ukraine.

"If we try to imagine what would have happened in Crimea, if not for its voluntary reunification with Russia, the picture would be horrifying. Including from the prospective of human rights," Gatilov told journalists.

The Russian diplomat noted that today Ukraine witnesses a wave of most serious violations of human rights, committed "at the behest of or with the acquiescence of the authorities in Kiev."

© AP Photo / Alexander Ermochenko
Kiev Volunteer Battalions Regularly Violate Human Rights in East Ukraine: UN Report
Gatilov added that since the very beginning of the Ukrainian conflict, Russia was urging the parties to end the violence and come to the negotiating table.

"Still several Western countries, including those who were accusing Russia at the Human Rights Council, were openly or covertly supporting the use of force by Kiev," Gatilov said, adding that the damaging impact such actions have on the observance of human rights was somehow overlooked by Kiev's Western allies.

Earlier this week, at the opening of the 28 UNHRC session, a number of countries, including Denmark, Austria, Poland and Latvia as well as the European Union's top diplomat Federica Mogherini, criticized Russia for alleged violation of rights of the Crimean Tatars and for illegally "annexing a part of Ukrainian territory."

The representatives of the Russian delegation at UNHRC stressed that Crimea's referendum of March 16, 2014 was of a legal and democratic character.

Crimea and Sevastopol became Russian regions following a referendum held last March, when the majority of voters backed seceding from Ukraine and reuniting with Russia. Despite that, Kiev authorities and Western states branded the move an "illegal annexation."