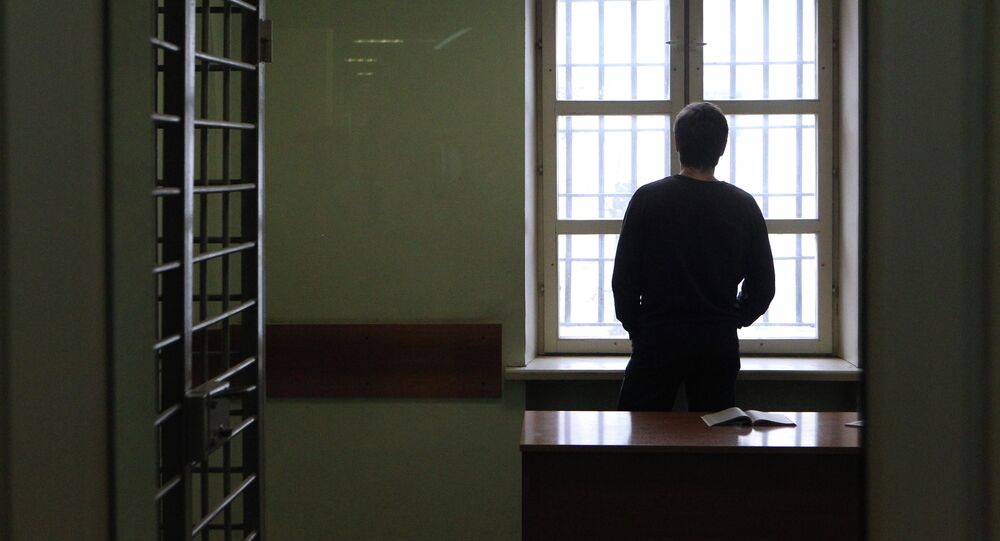 © AP Photo / Misha Japaridze
Russian National Accused of Treason Arrested Until April 2015
MOSCOW (Sputnik) — Nine people have been kept in pre-trial custody in Moscow prisons on charges of espionage and state treason since January 2014, a spokeswoman for the Moscow City Court said on Thursday.

She added that during the period between January 1, 2014 and March 3 the court had not passed any sentences in cases related to treason and espionage.

On Thursday, Russian authorities announced that former Siberian police officer, Roman Ushakov, had been given a 15-year sentence in a high-security prison for passing the text of a confidential dispatch by the Interior Ministry to CIA handlers.

Earlier, in January, another Russian national, Svetlana Davydova, was arrested on suspicion of spying for Ukraine, according to a source in the court's office. Davydova reportedly called the Ukrainian embassy and told them that soldiers at the Russian military base close to her home in Russia's Smolensk Region may have headed toward the eastern Ukrainian city of Donetsk.