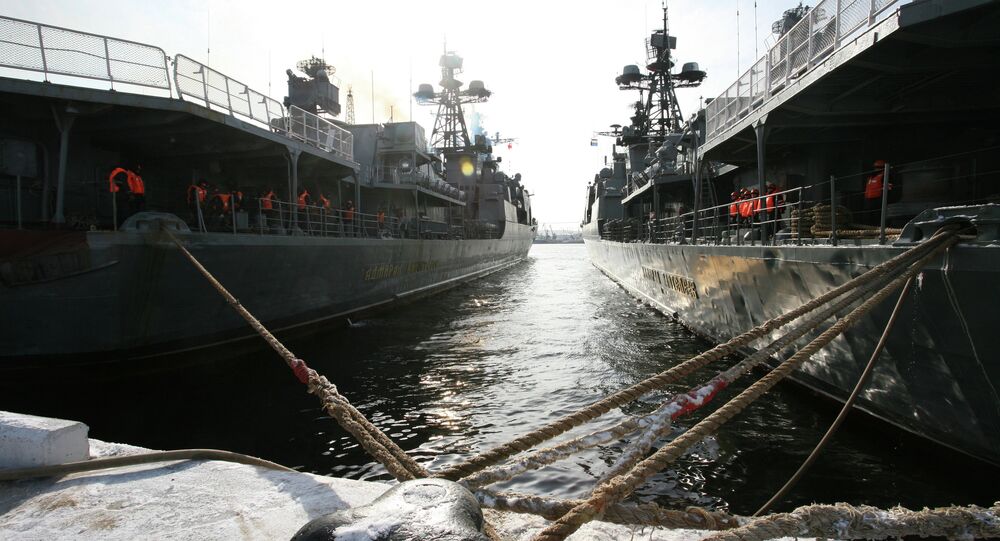 Russian Eastern Military Region’s press service stated that Russian Pacific Ocean Fleet along with military forces from the country’s northeast has kicked off impromptu training exercises with some of its units on the Kamchatka Peninsula.

© Sputnik / Vadim Zhernov
Russia Begins WMD Defense Drills in Armenia and Near Ukraine
MOSCOW, (Sputnik) – The Russian Pacific Ocean Fleet along with military forces from the country’s northeast has kicked off impromptu training exercises with some of its units on the Kamchatka Peninsula with approximately 2,500 servicemen, the Eastern Military Region’s press service said Tuesday.

“During the check by the headquarters of the combinations and unions, as well as by the service members of Coast Guard subunits, anti-air defense, naval aviation, security marine ships, and submarine forces, they will work out issues of joint activity during the defense of the coastline within a interspecific grouping and a number of local military drill tasks,” the press service said.

The military said it was conducting field training exercises to brush up on important combat technical skills, specifically missile launches.

The Iskander-M is a short-range missile system. The missiles have a range of 400 kilometers (250 miles) and can carry conventional and nuclear warheads.