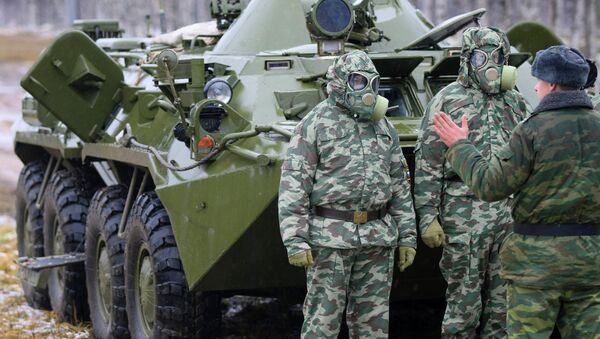 A total of 1,700 military personnel and more than 350 pieces of military hardware are taking part in the war games, according to the press service of the Southern Military Region.

"Large-scale field exercises of radiation, chemical, and biological defense specialists began on seven firing ranges of the Southern Military Region, including in the Volgograd region, Stavropol and Krasnodar regions, Republic of Crimea, North Ossetia and Armenia. The drills involve units from the Southern Military District, the Black Sea Fleet, the Caspian Flotilla, as well as the 4th Air Force Command and Air Defense," the press service said.

During the exercises, the troops will drill prepare themselves using the most advanced military equipment, which was put in service in the Russian army in 2012.

The equipment includes a RHM-6 chemical reconnaissance vehicle, which is designed to remotely detect toxic and casualty-producing substances.