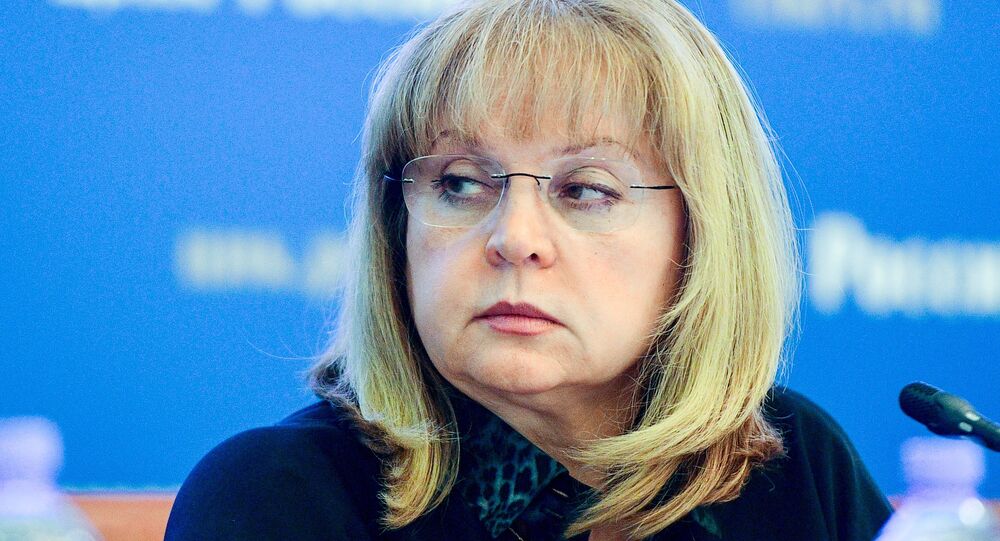 "The level of trust to CEC chairwoman Ella Pamfilova amounts to 62 percent and the level of mistrust amounts to 14 percent," the poll materials obtained by Sputnik said.

At the same time, 28 percent of respondents aged between 18-24 mistrust Pamfilova, however, the general level of trust to the work of CEC has significantly increased over the past two years.

"Today, nearly two thirds of Russians [63 percent] characterize the CEC as a body that seeks to make elections fair and democratic. In the beginning of 2016 this share amounted to 40 percent. On the contrary, 19 percent currently speak about periodic violations of the law by the CEC today against 36 percent two years ago," the poll revealed.

A total of 66 percent of respondents currently believe that the CEC acts in the interests of citizens, while in 2016 only 47 percent shared this point of view.

According to Stepan Lvov, the head of VTsIOM research department, over the past two years Pamfilova "has not only managed to keep her high personal credit of trust, which was fixed when she came form the human rights area to the CEC," but also to significantly increase the credit of trust to the commission.

"This fact undoubtedly played an important role in the active participation of voters in the presidential election in Russia on March 18," Lvov added.

The survey was conducted by phone on March 6-7 among 2,000 respondents over 18 years old all across Russia. The margin of error is below 2.2 percent.