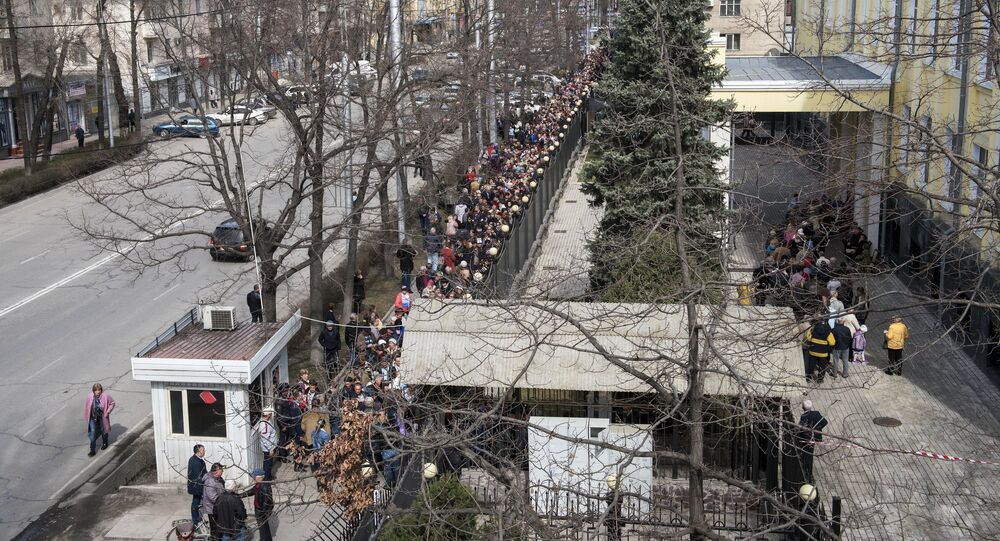 MOSCOW (Sputnik) - The United Kingdom and its mainstream media disapprove of the election process in Russia, claiming that the March 18 presidential election was rigged, despite there being evidence to the contrary, Janice Atkinson, the vice-president of the Europe of Nations and Freedom group in the European Parliament, said.

The politician added that there were alternative media outlets that could report on the election truthfully to counter what the mainstream media broadcast.

Incumbent President Vladimir Putin is leading in the vote count with 76.67 percent after 99.75 percent of the ballots have been processed.