ROSTOV-ON-DON (Sputnik) - Uruguay players are not fully satisfied with their performance at this summer's FIFA World Cup, forward Luis Suarez said on Wednesday.

Uruguay defeated Saudi Arabia 1-0 in their Group A match on Wednesday and secured their place in the round of 16, before their third group game against hosts Russia squad, who are also seeded in the next round.

"We are not fully satisfied with how we are playing at this World Cup. We have achieved a good result and have got past the group, but there are still some things we need to improve. We didn't play today as we wanted. But we can be proud that it's the third World Cup in a row where we have reached the knockout stage," Suarez told journalists. 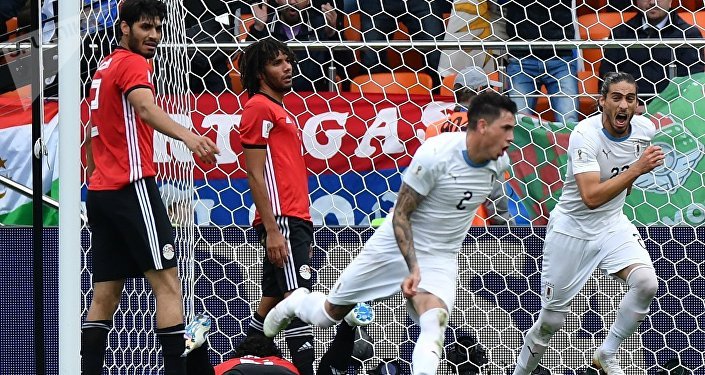 © Sputnik / Pavel Lisitsyn
Russia, Uruguay Reach FIFA Knockout Stage as Uruguay Beat Saudi Arabia 1-0
“We did not take it easy today because we had one eye on Russia. You can never relax in any game. It was a difficult encounter, and it is never easy to win at the World Cup,” Suarez added.

Meanwhile, Uruguay defender and captain Diego Godin said Wednesday that Russia would be a "difficult opponent".

"I'm happy that we have reached the playoff. Now we have to prepare for the match against Russia, this will be a decisive game… The match [against Saudi Arabia] was difficult, there are no easy encounters at the World Cup. Russia are difficult opponents, we know that they… that they are technically a very good side with the ball. The main thing is to do everything right and not to collect yellow cards," Godin told journalists.

Uruguay forward Edinson Cavani said Wednesday that he hoped the weather would be cooler during their upcoming game with Russia than it was in Rostov, where Uruguay played Saudi Arabia on Wednesday.

“It was hot today, it affected our game. I hope that it will not be so hot during the game with Russia,” Cavani said. 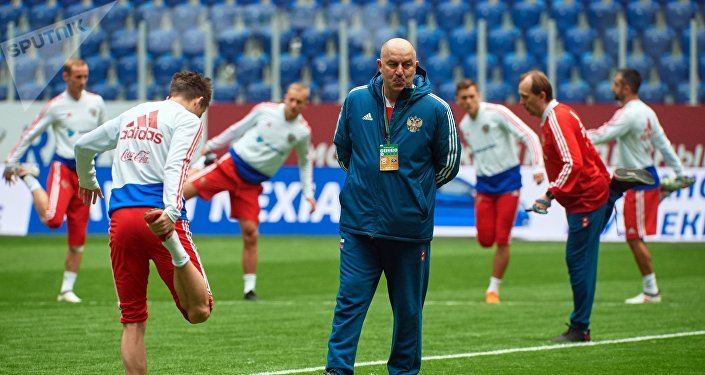 © Photo : Alexei Danichev
Uruguay 'Completely Different' Than Egypt - Russia's Head Football Coach
He added that Uruguay had plenty of work to do in training and needed to eradicate the mistakes they showed against Saudi Arabia, in time for their match against the World Cup hosts.

Meanwhile, Uruguay head coach Oscar Tabarez said Wednesday that his team would try to "put in improved performance" in their final match of the group stage against hosts Russia.

"Now we have the opportunity to play the World Cup hosts, play a team who have reached the playoffs, too, and who will be supported by a great number of fans. We'll try to put in improved performance against Russia," Tabarez told journalists.

Oscar Tabarez made a number of substitutions in his squad’s victoryover  Saudi Arabia, but added this was due to the players being tired, rather than any potential injuries.

"All the players were tired, and it was extremely hot today. We had trouble creating chances and were unable to score more goals. One goal is not enough to ensure victory. I brought on fresh players in order to try and score more goals. However, everything is fine as we have reached the knockout stage,” Tabarez said. 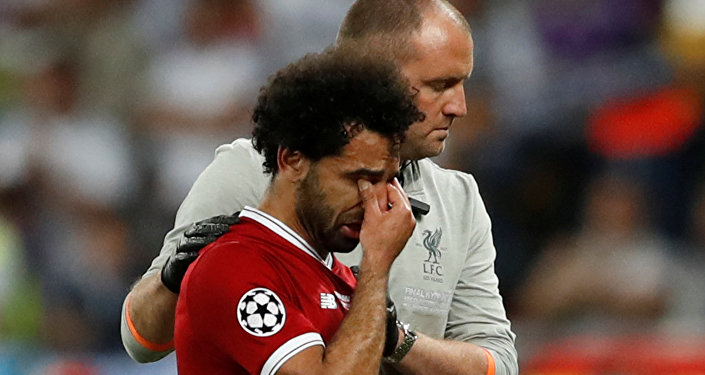 © REUTERS / Andrew Boyers
Egypt Striker Salah Would Have Helped Team in 1-0 Uruguay Defeat - Uruguay Coach
“We must be ready to die in order to beat Russia. We need to play good football and get all three points. We have been playing well and we are in good shape,” Oscar Tabarez stressed.

Russia will face Uruguay in their final group A game on Monday. Stanislav Cherchesov’s side will face either Spain, Portugal or Iran in the round of 16.