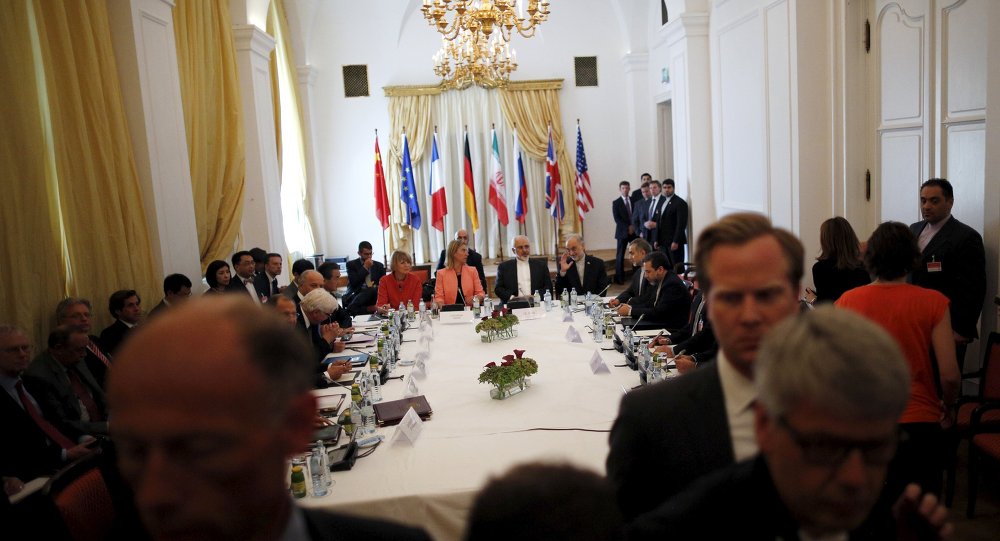 Russia is trying to convince the US' partners to fulfill their duties under the Joint Comprehensive Plan of Action (Iran's nuclear deal) after the latter introduced sanctions against 18 individuals and entities in Iran over the country's missile program.

"We are focusing our efforts … on convincing our partners in the US government that they need to fulfill their duties under Iran’s nuclear deal," Ryabkov said at the 62nd Pugwash Conference on Science and World Affairs.

The Russian official noted that the agreement on curbing Iran’s nuclear program has proved its effectiveness.

"If the United States under any circumstances will withdraw from the nuclear deal with Iran … any side [which exits the agreement] will strike an irreparable blow to the international and regional security," Ryabkov added.

On Sunday, the head of the Atomic Energy Organization of Iran (AEOI), Ali Akbar Salehi, said that Iranian Foreign Minister Mohammad Javad Zarif might set up a meeting with the P5+1 group. A letter regarding the matter was sent by the P5+1 group to International Atomic Energy Agency (IAEA) Director General Yukiya Amano and EU foreign policy chief Federica Mogherini.

"I saw these reports [on a possible P5+1 meeting], but no date and time has been agreed upon yet. There is no coordinated agenda for this event. But the relevant intentions were expressed by the EU External Action, which acts as a coordinator of P5+1 activities. It depends on how much it coincides with the schedule of [Russian Foreign] Minister [Sergey Lavrov] and what issues will be offered to us for discussion," Ryabkov said, when answering the question on the possibility of a meeting on Iran’s nuclear program.

The 72nd Regular Session of the UN General Assembly will kick off in New York City on September 12.