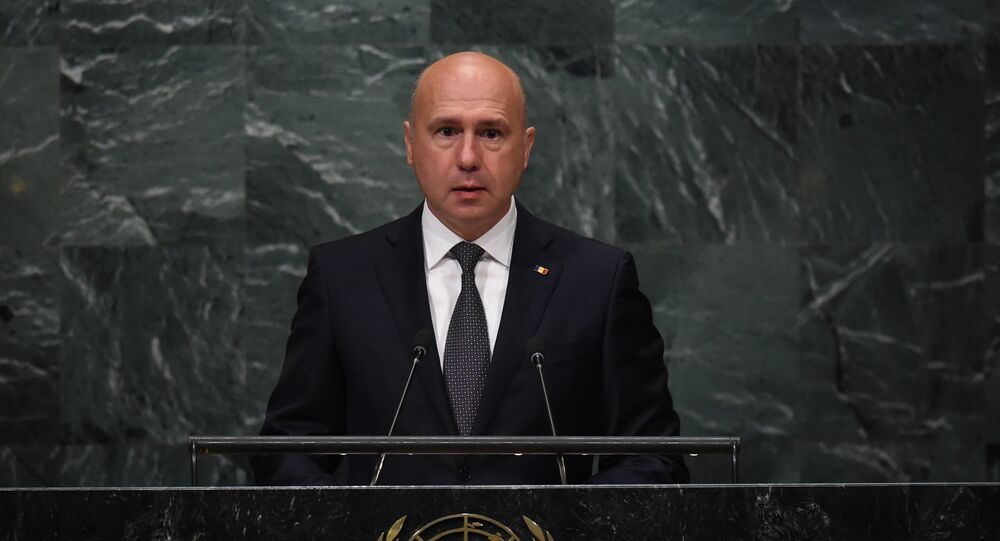 CHISINAU (Sputnik) — On Tuesday, Moldovan Permanent Representative to the United Nations Victor Moraru sent a letter to the organization's Secretary-General Antonio Guterres requesting to include the issue in the agenda of the 72nd UNGA session. On Saturday, Moldovan Ambassador to Russia Andrei Neguta said that Russia had asked Moldova to abandon its plans to include the issue of the withdrawal of foreign troops from its territory in the UNGA discussion.

"You know Chisinau’s position, because we have expressed it at the United Nations. That is why, I believe, I have nothing to comment on," Pavel Filip, the Moldovan Prime Minister said.

On Saturday, Moldova’s President Igor Dodon said that government plans to raise the issue of foreign troops withdrawal at the UNGA was likely to remain at the level of declarations.

A unit of Russian troops is currently located on the territory of Transnistria. The group, a successor of a Soviet army unit which had come under Russia’s jurisdiction, is in charge of a peace-keeping mission and preserving the security of the ammunition warehouses in the region.

Transnistria, a region which has a predominantly ethnic Russian and Ukrainian population, seceded from the Soviet Republic of Moldova for fear of its possible reunion with Romania in 1990. The separation led to a conflict that ended in a ceasefire announced on July 21, 1992, but the conflict remains unresolved.