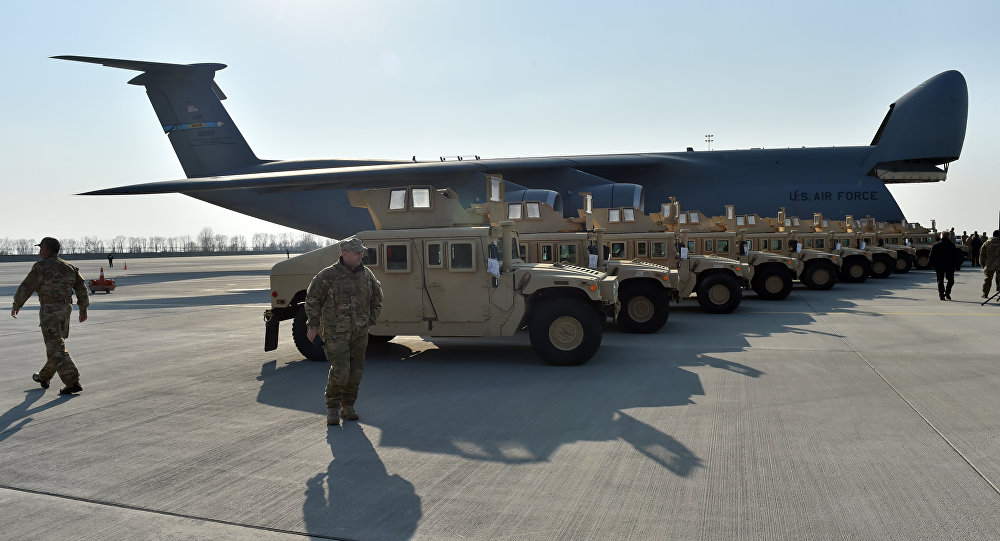 Mattis' pledge to supply lethal weapons to Ukraine could be viewed as a provocation to heighten tensions with Russia, retired US Army major and historian told Sputnik.

WASHINGTON (Sputnik) — Secretary of Defense James Mattis’ comment that he was considering supplying lethal weapons to Ukraine was a bid to provoke Russia into a larger conflict, retired US Army major and historian Todd Pierce told Sputnik.

During his visit to Kiev for celebrations of the country’s Independence Day on Thursday, Mattis said that the United States was actively reviewing the supply of defensive lethal weapons to Ukraine. Russian observers warned the move would have disastrous prospects, not just for Kiev, but for Washington as well.

"Clearly under Mattis as Secretary of Defense, with Trump turning foreign policy over to the Department of Defense, the Defense Department intends to heighten tensions with more provocations," Pierce said.

© AFP 2019 / SERGEI SUPINSKY
McCain: Mattis' Ukraine Visit Opportunity to Provide Lethal Assistance
Pierce said the supply of lethal weapons to Ukraine, probably including javelin anti-tank missiles was likely intended to seek to provoke Russia into taking some kind of action that could then be presented to the US public and Congress as a justification and excuse for far greater military spending.

However, Pierce said Mattis’ comments had to be viewed not as off-the-cuff remarks but as part of a carefully orchestrated and unfolding program to build up US military power in the region.

"I believe one must put this into context which is that the US military has been conducting a series of provocations going back before the US sponsored coup in Ukraine with the long term intent to extend US hegemony over the region, which is not a secret," he said.

Mattis’ comments were of special significance because President Donald Trump had already made clear he was giving his top military officials wide discretion to carry out aggressive and offensive policies around the world, Pierce warned.

Russian officials responded to Mattis' remarks by urging restraint, saying that the delivery of US weapons to Ukraine was "inappropriate" in light of a new ceasefire which took effect in the war-torn Donbass region on Friday.