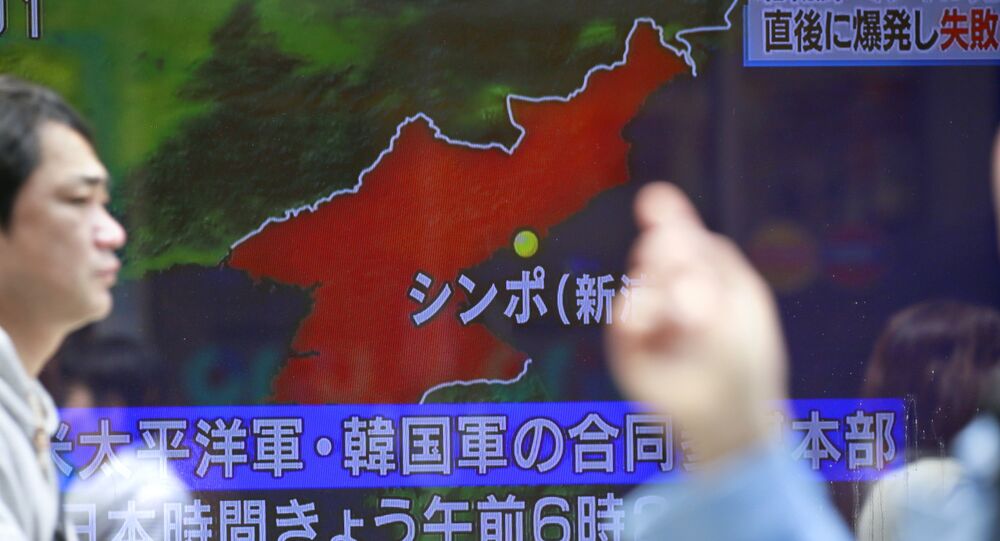 In June, a "double freeze" scenario was proposed by China and backed by Russia, in which North Korea ceases its nuclear missile tests, while US-South Korean military drills are simultaneously halted. The initiative was rejected by Washington. Pyongyang, however, has not yet issued an official response on the matter.

"Germany appreciates the important role played by China in resolving the nuclear issue of the Korean Peninsula. Germany understands and supports China-proposed ‘double freeze’ initiative," Gabriel said during the telephone conversation with his Chinese counterpart Wang Yi as quoted on the website of the Chinese Foreign Ministry.

© AP Photo / Ng Han Guan, Pool
Pressure Tool on China: How Washington Uses N Korea Against Beijing
According to the German minister, all sides need to take into consideration the lessons of history, including those of 2017, in order to prevent the current tensions on the peninsula to get out of control.

The situation on the Korean Peninsula has become aggravated in recent months due Pyongyang's missile launches and nuclear tests, all conducted in violation of UN Security Council resolutions.