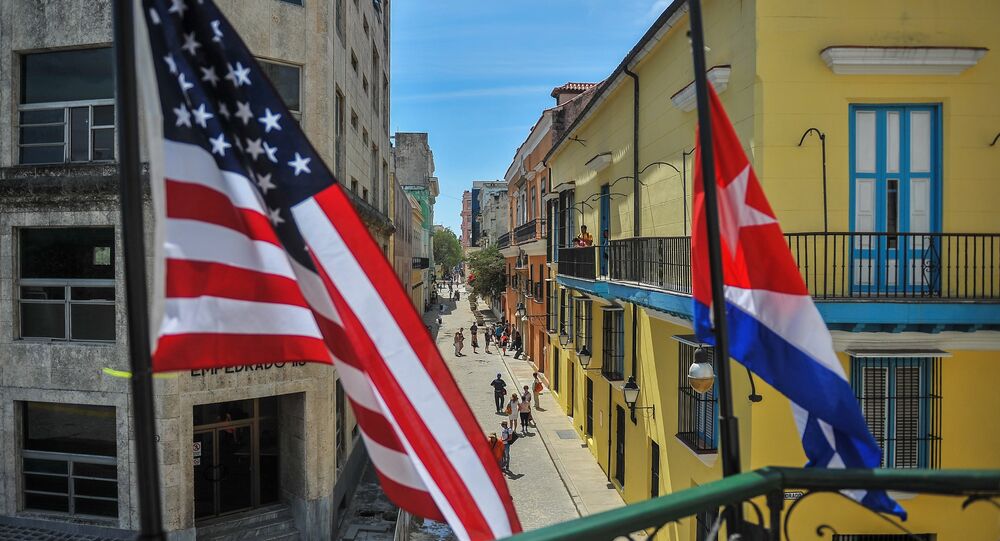 The United States expelled two diplomats from the Cuban Embassy in Washington, DC after US diplomatic personnel working in Cuba were involved in an incident that resulted in physical symptoms, US Department of State spokesperson Heather Nauert said during a press briefing on Wednesday.

WASHINGTON (Sputnik) — Nauert said the symptoms US diplomatic staff suffered were not life threatening, but added the State Department does not have any knowledge about the cause of the incident, which is currently being investigated.

"Some US government personnel who were working in our embassy in Havana, Cuba on official duty… they reported some incidents which have caused a variety of physical symptoms," Nauert stated. "We can tell you that on May 23, the State Department took further action. We asked two officials who were accredited at the embassy of Cuba in the United States to depart the United States. Those two individuals have departed the United States."

Only State Department employees have been affected and the Cuban government has an obligation to protect US diplomats, Nauert also said.

The State Department learned of the incident in late 2016, Nauert added.