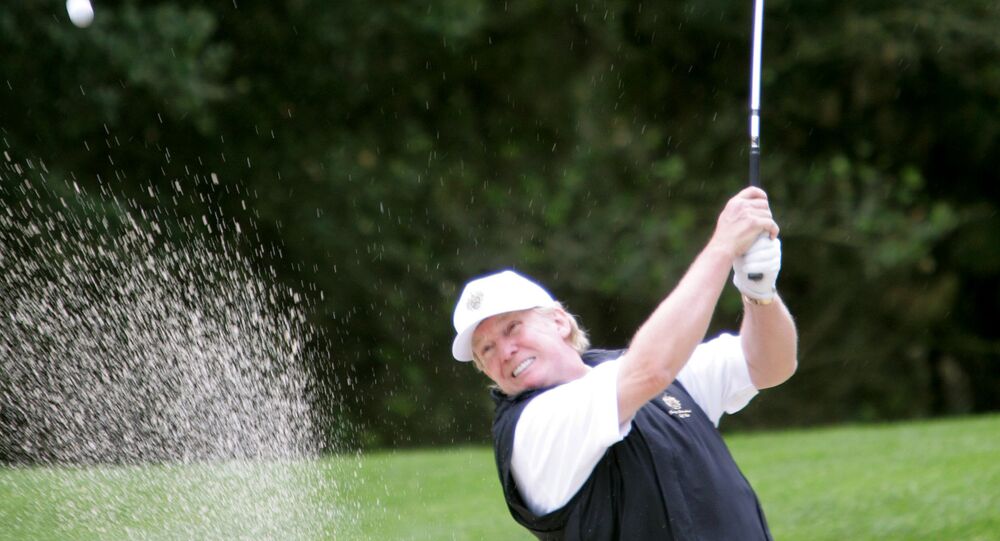 Trump Vacation Time Now Topped Only by Bush the Younger

US President Donald Trump, who began a 17-day vacation on Friday, is now on track to be the most leisurely leader the country has ever seen.

The US president has now taken an eye-opening one-third of his term to date as vacation days, most of it spent golfing at his personal branded resorts, following his inauguration on January 20.

When Trump returns — on or around August 21 — he will have taken 53 days off, putting him on track to be even more absent than President George W. Bush.

According to the mathematics of presidential downtime, President Barack Obama, by the Labor Day holiday weekend, had taken 15 days of vacation during his first year as president, ending up 2009 with a total of 26 days off.

For a first-year vacation comparison, Presidents Jimmy Carter took 19 days, Ronald Reagan had 42 days, George H.W. Bush took 40, Bill Clinton had 21, and — the winner and still champion — George W. Bush took a whopping 69 days in that crucial time of an early presidency, according to research from the Annenberg Public Policy Center's Factcheck.org.

But Trump, with his current sojourn into the wilds of New Jersey to spend 17 days golfing at a resort that he owns, appears to be gunning for Bush the Younger's record, cited by International Business Times.

Over the past several years, Trump — a strikingly unpopular businessman turned politician — consistently used the issue of presidential vacations to criticize his predecessor, liberally tweeting his disdain for Obama family vacations.

​But following his inauguration, the 45th US president has adopted a work-ethic remarkably similar to the one with which he used to paint Obama, cited by Ibtimes.com.

Although Trump has now been shown to have spent almost one-third of his time in office to date playing golf at one of his privately-owned clubs, his presidential advisors and staff work diligently to give the impression that he is nonetheless working, although information about who he is meeting with, and what topics are discussed, is sparse.