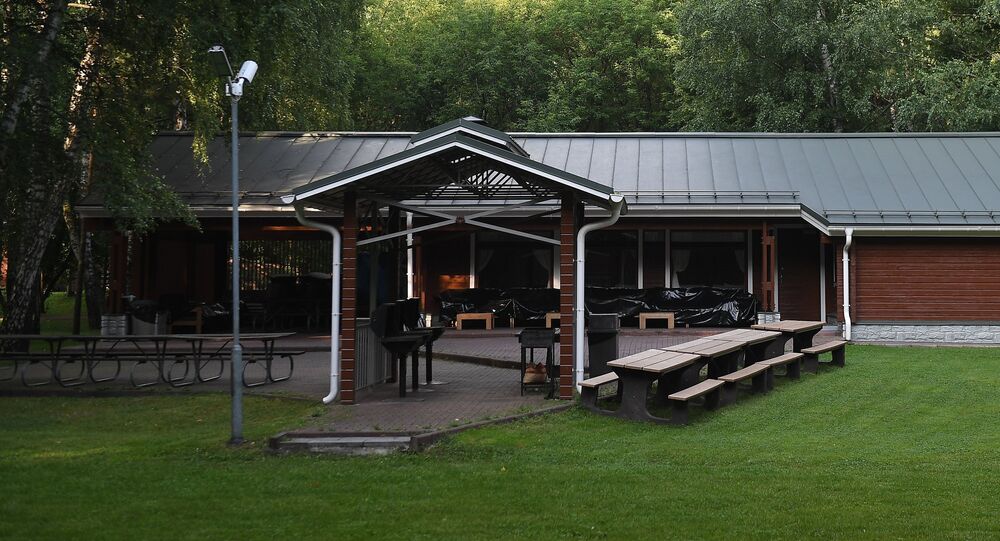 The Kremlin spokesman said on Tuesday that Moscow didn't create specifically any obstacles that could hamper the US diplomats to move out from their summer house in the Serebryany Bor reserve.

MOSCOW (Sputnik) — The Kremlin on Tuesday dismissed accusations that Russia was creating obstacles for US diplomats trying to retrieve their property from Moscow's Serebryany Bor compound as all the complications were connected to the certain rules for trucks entering the territory.

"It's better to ask the Foreign Ministry, but there is a story about trucks. Take a truck, a Gazelle, and try to enter Serebryany Bor, they will not let you in. Therefore it has nothing to do with this story itself, because there are certain rules, indeed, for the entry of large-sized transport to Serebryany Bor, so here, in this case, we can not agree with such accusations," Kremlin spokesman Dmitry Peskov told reporters.

Earlier in the day, a Sputnik correspondent reported that the last vehicle with the diplomatic license plate left the compound.

The US Embassy in Moscow told RIA Novosti on Monday that US diplomats had been denied access to a diplomatic summer house in the west of the Russian capital for the past two days despite the Russian Foreign Ministry's announcement last week that the access would be suspended from August 1.
© Sputnik / Iliya Pitalev
Moscow Expels US Diplomats Swiftly Given Anti-Russia Sanctions 'Veto Proof' - Ex-EU Aide
A Russian Foreign Ministry source said Monday that Moscow regarded accusations by the US Embassy that US diplomats had been barred from using the summer house in Moscow ahead of earlier announced time as a "deliberate provocation".

Six days after the House approved an anti-Russian sanctions package on July 24, Russian President Vladimir Putin announced on Sunday that the diplomatic presence of the United States in Russia would be cut by 755 people to 455, the same number of diplomatic personnel that Russia currently has in the US.

On Monday, Vice President Mike Pence said Trump will soon sign into law the new legislation that enhances US sanctions against Russia. It passed by overwhelming majorities of 419 to 3 in the House of Representatives and by 98 to two in the Senate.