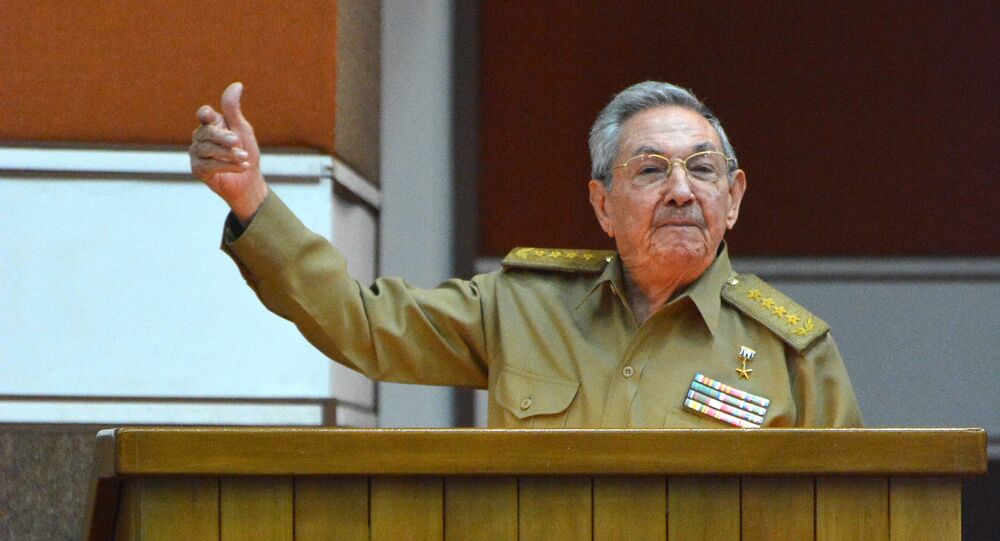 Havana Wants Dialogue With US Despite Trump's Clampdown - Cuban Leader

Cuban leader Raul Castro said that Havana wishes to engage in dialogue with Washington, but warned that Cuba will not "negotiate its principles or accept any conditions."

© AP Photo / Desmond Boylan
EU Parliament Approves First Political, Cooperation Agreement With Cuba
MEXICO CITY (Sputnik) — Cuban leader Raul Castro criticized the new policy of US President Donald Trump, which excludes the possibility of continuing a bilateral dialogue or the implementation of the previously signed agreements, but noted that Cuba nevertheless wishes to engage in dialogue with the United States.

In June, Trump rolled back his predecessor Barack Obama's historic opening of relations with Cuba, announcing new business and travel restrictions to the Caribbean island nation. The White House noted that the United States retained the embargo imposed on Cuba and opposed the appeals of the United Nations and other international organizations to abolish it.

"The North American government decided to tighten the blockade by introducing new sanctions, which it explains by using the hostile rhetoric of the Cold War …. Cuba is willing to continue the dialogue with the United States, based on the respect of sovereignty, but do not expect that Havana will negotiate its principles or accept any conditions. We have never done that. Regardless of what the United States is doing, we will continue to follow the path that we have chosen," Castro said on Friday at the session of the Cuban parliament, the National Assembly of People's Power, as quoted by the Granma newspaper.

According to the Cuban leader, Trump’s policy does not reflect the support of Cuban-US rapprochement among the US nation and the Cuban emigrants in the country, while only satisfying the interests of a small Anti-Castro community in Florida.

Last month, The Cuban authorities warned that the reversal of the US policy toward the Caribbean island nation would fail. Havana also hit back at Washington for criticizing its human rights record and accused the US government of illegal detention and torture of prisoners in the US prison of Guantanamo. The Cuban officials said they were concerned about "a huge number of murders, atrocities and abuse of power by police, including against African-Americans."