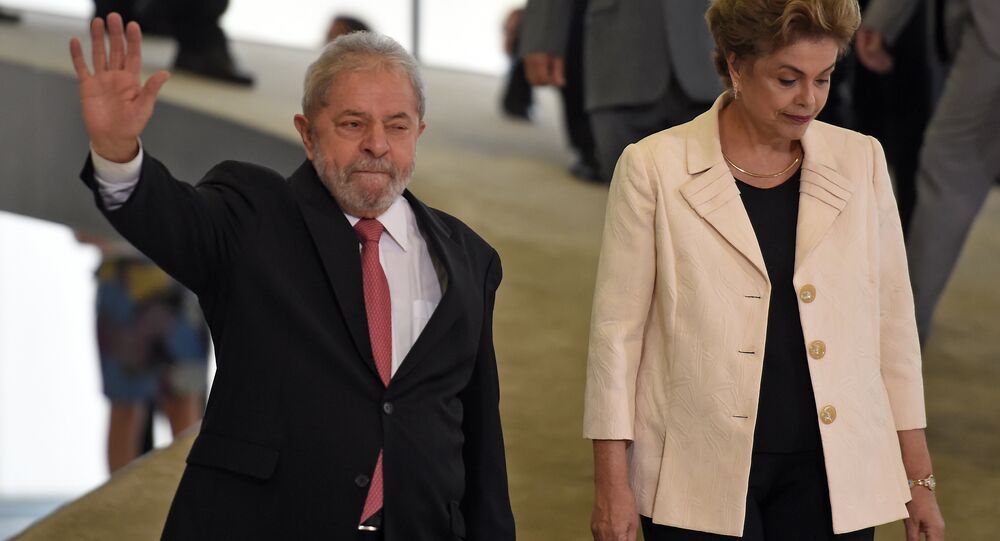 "This sentence, convicting Lula to almost 10 years, is a political one" a legal representative for former Brazilian President Lula da Silva told Radio Sputnik on Thursday. "He is the victim of lawfare: the use of judicial instruments of the law for political persecution."

Prosecutors claimed Silva had accepted $1.2 million in bribery payments from Construtora OAS, a privately held engineering and construction firm focusing on oil and gas infrastructure, petrochemicals and a variety of other civil engineering projects. The alleged scheme involved the state-owned oil enterprise, Petrobras, returning favours to Construtora OAS in the form preferential treatment when awarding contracts.​

Silva was also accused of directing his kickbacks toward renovating an upscale apartment property located in the beach town of Guaruja, Sputnik Mexico reported.

Velasco Martens, a member of Silva’s legal counsel, phoned in from Sao Paulo on Thursday to speak with Loud & Clear host Brian Becker of Radio Sputnik. The accusations are a political tactic designed to prevent Silva from another presidential victory in 2018, the attorney said.

“This is a great opportunity for our audience, which is listening mainly to corporate-owned mainstream media about the events in Brazil,” Becker explained.

“We have proven Lula, overwhelmingly, to be innocent,” Martens said. More than 70 witnesses cleared away notions that the former president committed wrongdoing in relation to Petrobras or the “infamous” seaside apartment.

The prosecution alleged the apartment is owned by Silva, but 73 witnesses said he never had keys to the apartment and didn’t sleep there even one night, according to his lawyer. What’s more, titles for the apartment indicated it was owned by a Brazil-based pension fund for the time Silva was alleged to have used it. No evidence has been discovered by the prosecution or defence showing a deposit made by the former president to secure property rights to the residence, the attorney continued.

"If anyone thinks that they have taken me out from the game with this verdict, I let them know that I am continuing the struggle," Silva said Thursday in a segment on the Telesur television channel. He has vowed to run for election next year despite the current legal battle.