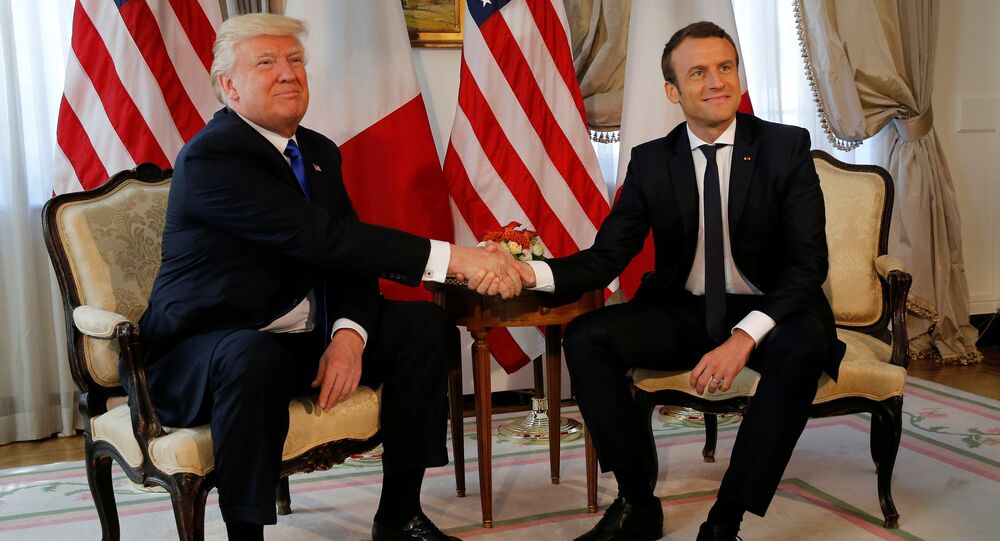 On July 13, Macron will hold talks with Trump as the US president had been invited to Paris for the Bastille Day, the French national holiday celebrated on July 14.

"There is a political dimension. The French president wants to ensure that the US president is not isolated. Sometimes he [Trump] makes strong decisions that we regret, like on climate, for example. But we can do two things: either say ‘We don’t talk to you anymore because you were not nice,’ or on the contrary, we continue giving a hand to bring him back in the circle," Castaner told the La Chaine Info (LCI) broadcaster.

"The strategy of France assumes that it’s not up to us to tell these or those ‘You are not in the circle anymore, you are not among those with who we will talk.’ On the contrary, we need to talk systematically if it concerns the search for peace in Syria or the fight against global warming," Castaner stressed.

Trump is on his second European trip as the G20 summit kicks off in Hamburg on Friday. During the packed program of the event, the US president is supposed to have several bilateral meetings, including with Russian President Vladimir Putin.

Trump, Macron Congratulate UK’s May on Keeping Role After Election