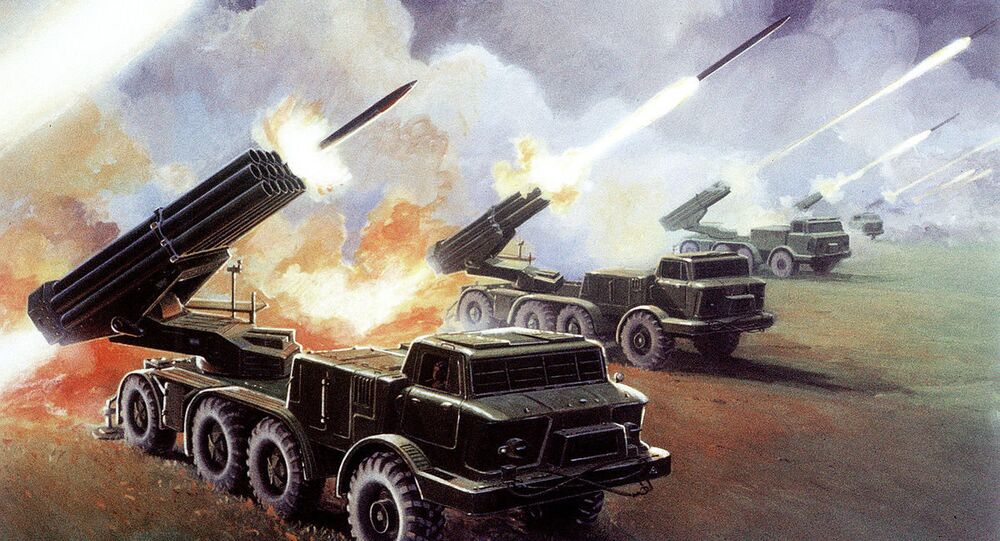 The DIA described the report, released Wednesday, as "the first in a series of unclassified military power assessments of major threats facing the United States," with China, North Korea, Iran and international terrorism slated to get their own assessments in the near future.

© Sputnik / Grigoriy Sisoev
Russia 'Will Not Stand By and Watch' US Violate Disarmament Agreements
In the preface to the Russia report, DIA Director Lt. Gen. Vincent Stewart explained that the threat assessment was meant to "foster a dialogue" between government officials, the military, US allies and the public about the "challenges" the US faces in the 21st century. Russia is described as a "resurgent" nation on the world stage which "poses a major challenge to the United States."

"Within the next decade, an even more confident and capable Russia could emerge. The United States needs to anticipate, rather than react, to Russian actions and pursue a greater awareness of Russian goals and capabilities to prevent potential conflicts," Stewart wrote, adding that US policymakers and commanders "must have a complete understanding of Russia's military capabilities, especially as US and Russian forces may increasingly encounter each other around the globe."

Paying homage to its 'Soviet Military Power' predecessor, which dramatically exaggerated the Soviet military's strength and capabilities to try to obtain a larger defense budget, the new report talks about Russia's efforts to modernize its nuclear forces and create precision-guided conventional weapons as if this was an indication of its aggressive intentions.

The report outlines Russia's "tools of indirect action [used] against countries on its periphery" its projection of military power "far outside its borders," and the country's' "robust nuclear force," "capable of conducting a massed nuclear strike on targets in the United States within minutes."

© AFP 2020 / YURIY DYACHYSHYN
US Supplying Weapons to Ukraine 'Will Only Add More Fuel' to Donbass Crisis
The report also includes some contradictory messaging, presenting a frank assessment of Moscow's effort to create a multi-polar world order "predicated on the principles of respect for state sovereignty and non-interference in other states' internal affairs, the primacy of the United Nations, and a careful balance of power preventing one state or group of states from dominating the international order."  The report even admits that Moscow is concerned about possible US efforts to "[lay] the groundwork for regime change in Russia."

Other sections of the report, however, talk about Russian "militarism," Moscow's "seizure of Crimea," its support for an "artificial separatist revolt" in the Donbass, about the supposed 'lack of democracy' in the country, and other claims which commonly feature in attempts to demonize the country.

The document also accuses Russia of "drawing upon" Soviet-era "psychological warfare tactics and techniques" to influence Western societies, and of engaging in a propaganda campaign at home and abroad. In fact, the DIA report lists RT and Sputnik alongside "bots and trolls on social media, search engine optimization, and paid journalists in Western and other foreign media" as Moscow's favored "techniques for disseminating Russian propaganda."

Commenting on the report, respected Russian military expert Leonid Ivashov told Radio Sputnik that the demonization of Russia had long become an important part of US foreign policy.

This is the case, Ivashov said, because the US only feels capable of preserving a unipolar world order and to dictate its terms "through the creation of an enemy image, an image of a threat."

© Sputnik / Alexandr Kryazhev
Missile Diplomacy: Why Russia's Strategic Missile Troops Are Prepping to Stage Massive Drills
"And Russia has been defined as such an enemy," the observer stressed.

As far as the 'Russia Military Power' report is concerned, Ivashov noted that it is all part of the logic of presenting Russia as a threat, even if US policymakers know that that is not genuinely the case.

"US intelligence cannot but know, for example, that Russia underwent a rapid demilitarization campaign in the 1990s. This reference to the report's 'secrecy'" and its declassification "is really a kind of manipulation – and all intended for the same purpose: to intimidate, to force Europe to submit, to force the Europeans to fork out more for military spending," Ivashov concluded.

Russia 'Will Not Stand By and Watch' US Violate Disarmament Agreements

Why US Intensifies Its Military Presence in Southern Syria