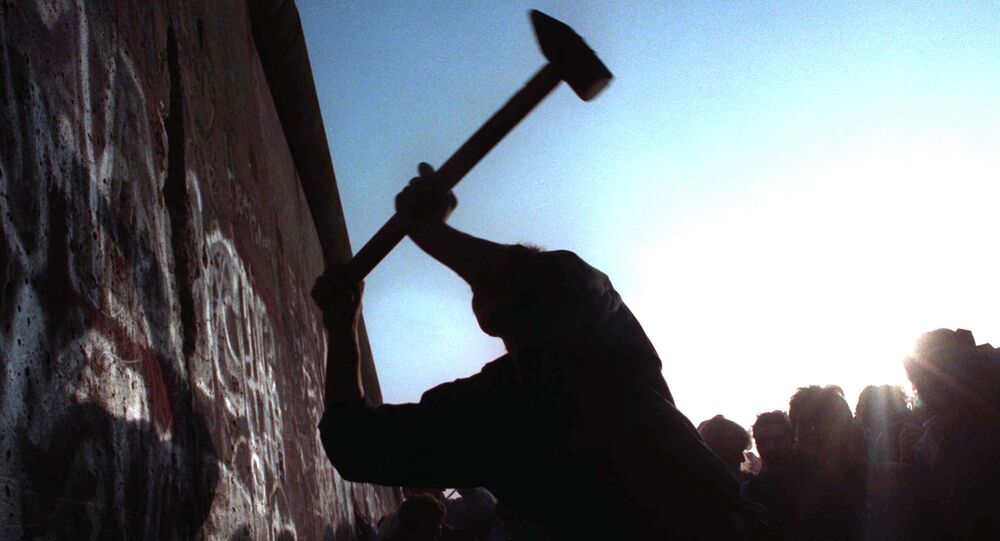 MOSCOW (Sputnik) — Kohl, 87, died in his house in western German city of Ludwigshafen earlier on Friday. He served as the sixth Chancellor from 1982 to 1998, being the longest serving German chancellor since Otto von Bismarck.

"Undoubtedly, it is a mourning day for Germany, Kohl has ruled this country for 16 years, Germany was reunited during his chancellery… Maybe, Kohl's career should be viewed in two capacities: before reunification and after reunification," Rahr said while aired on the Rossiya-24 TV channel.

© Sputnik / Aleksey Nikolskyi
Putin Says He Admired Late German Ex-Chancellor Kohl in Condolences Message
Rahr noted that after the fall of the Berlin Wall, Kohl "really took the fate of Germany in his hands and was able to unite Germany through very lengthy negotiations with Gorbachev and later with Yeltsin."

"Moreover, all the negotiators of that time testified that Kohl was very honest and was even always ready to somewhere compromise to unify his homeland. Of course, this will remain in people's memory," the political scientist said.

Speaking about the relevance of Kohl's ideas in the modern world and in the light of the confrontation between Russia and the West, Rahr stated that "within a matter of months, a generation of politicians died (here), who played a significant role not only in the reunification of Germany but also in the reconciliation of peoples in the 1980s and the 1990s".

"Kohl… was one of those politicians who always understood the role of Russia. Even when NATO was expanding to the east, Kohl did not particularly oppose this, but also was not enthusiastic about it. He always said that, in addition to NATO's eastward expansion, it is necessary to negotiate with Russia," Rahr, a renowned expert in German-Russian relations, said.

Rahr expressed regret there were no views in the current historic period similar to those Kohl had during his days in the office.

In 1989 after the fall of the Berlin Wall Kohl proposed to reunite Germany. The reunification occurred in October 1990. On December 2, 1990 the coalition he led secured the majority of seats in the Bundestag during the first nationwide elections since 1933. Kohl became the first chancellor of the reunited Germany.