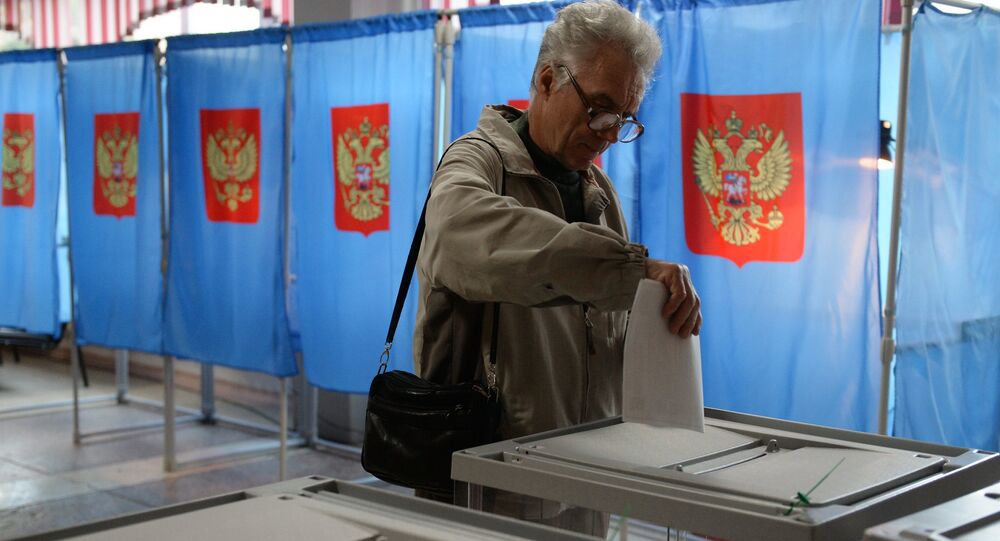 Putin: US Always Interfered in Russian Elections, Especially in 2012

"[They did it] in 2000, and in 2012, this always happened. But especially aggressively in 2012. I will not go into details," Putin told US filmmaker Oliver Stone in the interview broadcast by the Showtime television network when asked whether the United States interfered in the 2012 elections.

According to the Russian president, the interference was carried out via diplomats among other ways.

"The US partners are aware of this, I told [former US State Secretary John] Kerry and [former US President Barack] Obama. It was hard to imagine for us that diplomatic workers could get involved in an electoral campaign inside of Russia so aggressively. They gathered opposition forces and financed them, went to opposition rallies," Putin said.

"The diplomatic service should task itself with other things, the diplomatic service should establish interstate relations. NGOs can do anything they want, even [the organizations] of any country of origin. But NGOs are frequently financed through a number of layers and structures either from the State Department or some other quasi-governmental sources. The same thing happens in former Soviet states, in eastern Europe, in other countries, in Africa, in Latin America," Putin added.

Russia, US Can Agree, Work Together on Issues Including Iran, Syria - Putin