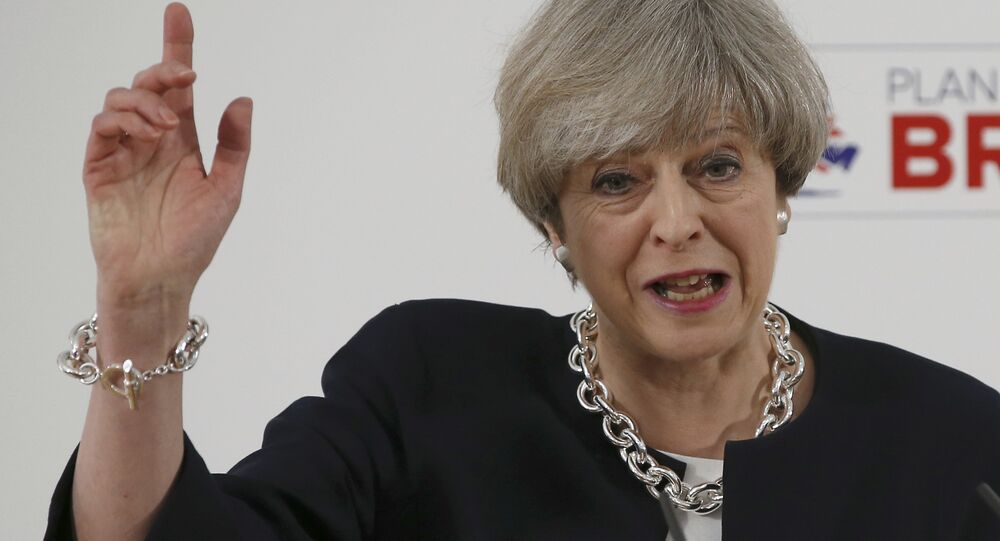 The focus of Thursday's general election in Britain has shifted from Brexit to terrorism, which could shake Theresa May's position, a lawmaker told Sputnik.

LONDON (Sputnik) — Thursday's UK general election is becoming about terrorism instead of Brexit in the wake of the recent terror attacks, and can thus undermine Conservative Prime Minister Theresa May's quest for a mandate to leave the European Union, Lord Mark Malloch-Brown, a crossbench member of the House of Lords, told Sputnik on Thursday.

"I suspect May will win with a smaller majority than she expected but all sides will claim that an election which was meant to be about Brexit has become about terrorism. And that leaves it a confused result that may leave her without the authority and mandate she was seeking," Malloch-Brown said.

A set of deadly terrorist attacks hit London in March and in June, and the city of Manchester was targeted in May. The two most recent attacks took place in the country after the prime minister had already announced the early election in April, seeking to have a united parliament at the time of Brexit implementation in 2019.

© AP Photo / Andrew Matthews
UK General Election 2017: Politicians, Policies, Polls
The attacks fueled criticism of Theresa May over her policy of police cuts at the time when she served as home secretary.

Last week, the YouGov pollster estimated that the Conservatives who held 330 seats in the latest parliament composition could lose about 20 seats, and thus their majority, for which they would need at least 326 seats.

Malloch-Brown used to be minister of state for Africa, Asia and the United Nations in 2007-2009, and a UN deputy general secretary in 2006.