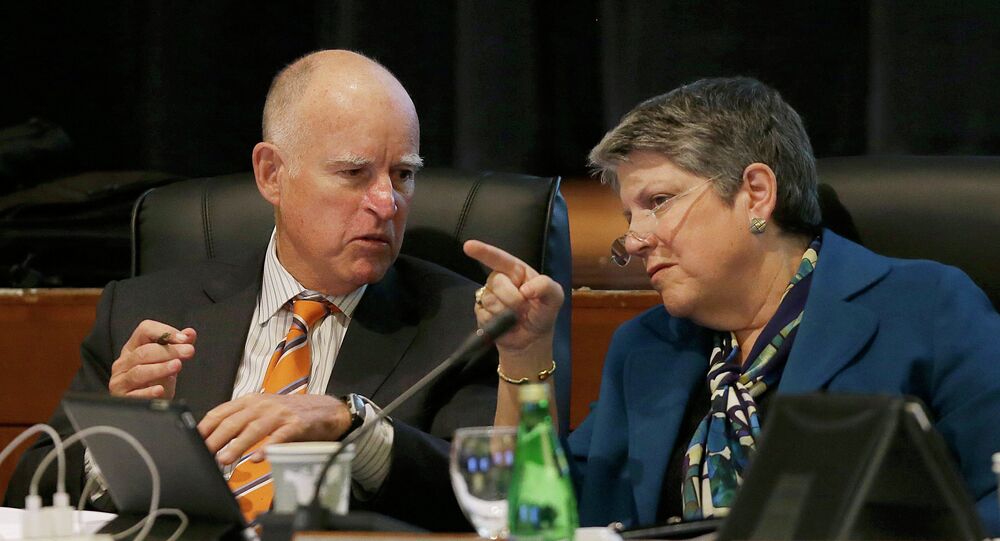 California is responding to Donald Trump’s decision to withdraw from the Paris climate change accord by reaching out to China.

WASHINGTON (Sputnik) — California is responding to President Donald Trump’s decision to withdraw from the Paris accord on climate change by reaching out to China, Governor Jerry Brown’s office announced in a press release.

"Brown will depart today for a week-long trip to Chengdu, Nanjing and Beijing to expand the state’s close climate ties with China and reaffirm the commitment of global subnational governments, like California, to reduce greenhouse gas emissions," the release stated on Friday.

The visit follows Trump’s rejection of the Paris accord on Thursday, in part because the agreement imposes no carbon limits on China for the next 13 years while committing the United States to invest hundreds of billions of dollars in a global climate fund.

© AP Photo / Mike Groll
NYC Mayor Signs Bill to Lower Emissions Amid US Withdrawal from Paris Accord
During his trip to China, Brown will discuss his state’s bilateral partnership in climate area with China’s Ministry of Science and Technology and China’s Ministry of Commerce, the release noted. Brown will also sign agreements on climate action and clean energy and technology.

In response to Trump's move, the governors of California, New York and Washington State agreed on Thursday to establish the US Climate Alliance, which would bring together states that support the Paris deal.

According to the US Environmental Protection Agency, China produces about 30 percent of the world’s human-generated carbon output compared with about 15 percent from the United States.