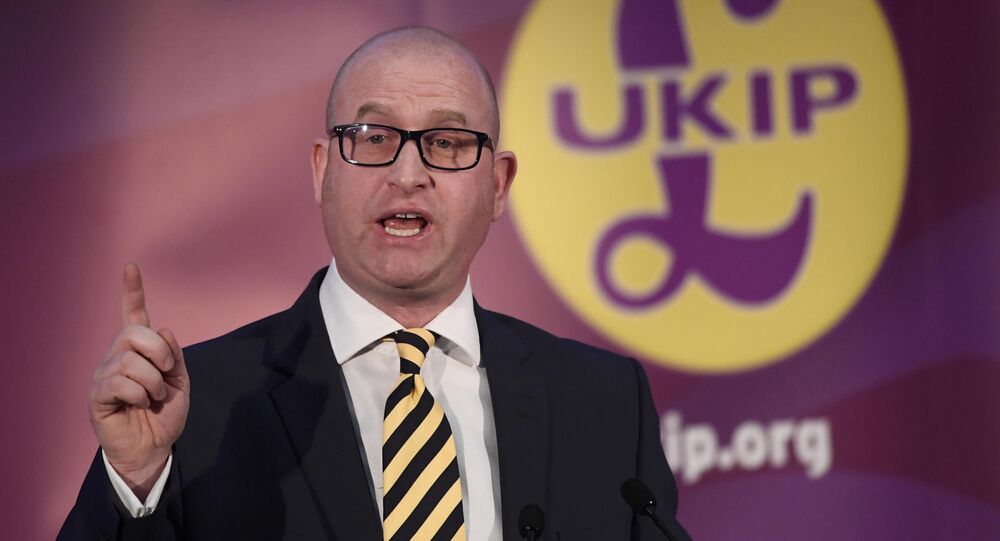 The UK Independence Party (UKIP) will continue its election campaign on Thursday after it was temporarily suspended due to the terrorist attack in the city of Manchester, the party’s leader Paul Nuttall said in a statement Wednesday.

LONDON (Sputnik) — On Monday night, an explosion occurred outside the Manchester Arena leaving at least 22 people dead and dozens more injured. The UK police have identified a man they suspect of having perpetrated the attack as 22-year-old Salman Abedi. The Daesh terror organization has reportedly claimed responsibility for the attack.

“The best response we can make is to ensure that the democratic process continues and therefore I have decided that we must to go ahead with the launch of the UKIP general election manifesto tomorrow. For those who say that nothing must change, but then complain, it is by prolonging the disruption to normality that we allow the terrorists to win,” Nuttall said.

The campaign was ceased for a short period of time in order to pay respect to the victims of the terrorist attack, the UKIP leader added.

"But we cannot be cowed or allow our way of life to be undermined by those who wish to do us harm. These people hate the way we live, hate our freedom and hate our democracy,” Nuttall underlined.

Nuttall suspended the general election campaign on May 23 while other UK parties, such as UK Prime Minister Theresa May's Conservative Party, the Labour party, Liberal Democrats, and the Scottish National Party also put their campaigning on hold due the Manchester attack.

On April 18, UK Prime Minister Theresa May announced her decision to hold an early parliamentary election on June 8 to overcome divisions in parliament and succeed in the negotiations with the European Union on Brexit.