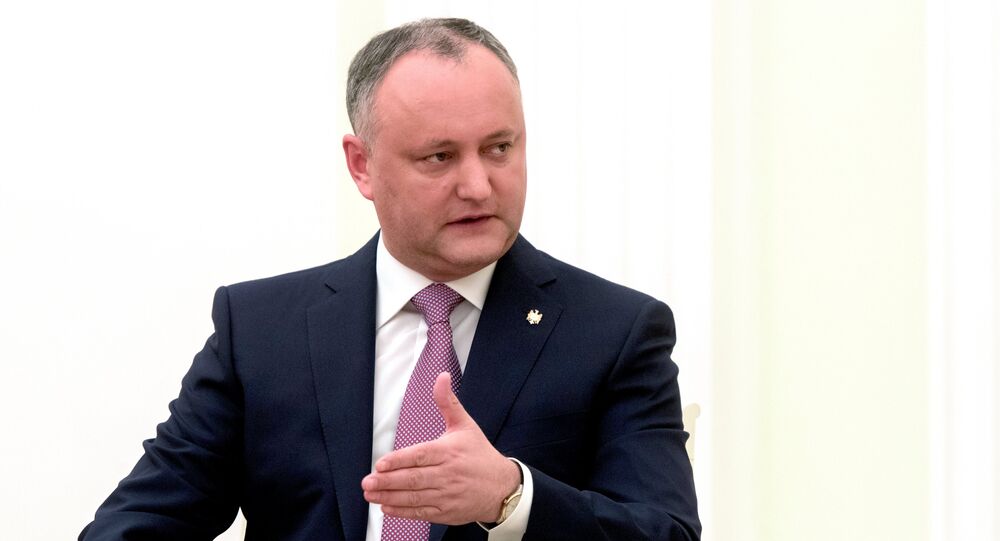 Chisinau expects to be granted an observer status in the Eurasian Economic Union (EAEU) at the organization's next top-level meeting in October, Moldovan President Igor Dodon said Wednesday.

"I have made an important decision that is supported by the majority of our nationals and signed the framework agreement, memorandum with the EAEU and with the Eurasian Economic Commission in the beginning of April. We have filed the request to receive the observer status. I hope that in the first half of October, when the presidential meeting of five EAEU member states takes place in Sochi, the decision to grant Moldova an observer status will be made," Dodon said at the meeting with Russian parliament's lower house speaker Vyacheslav Volodin.

The potential Moldovan-EAEU integration provoked criticism from Moldova's Prime Minister Pavel Filip, who claimed that the EAEU cooperation agreement would be inconsistent with the free trade regime introduced by the 2014 Association Agreement between Moldova and the European Union.

© Sputnik / Alexei Danichev
EAEU Integration Allows Members to Avoid Global Economic Risks - Putin
Despite Filip’s opposition, Dodon insisted that the memorandum did not contradict any agreements signed by Chisinau and stressed that Moldovan-EU Association Agreement had failed to meet the expectations, and led to the loss of the country's share in the Russian market and drop in the volume of exports to the European Union.