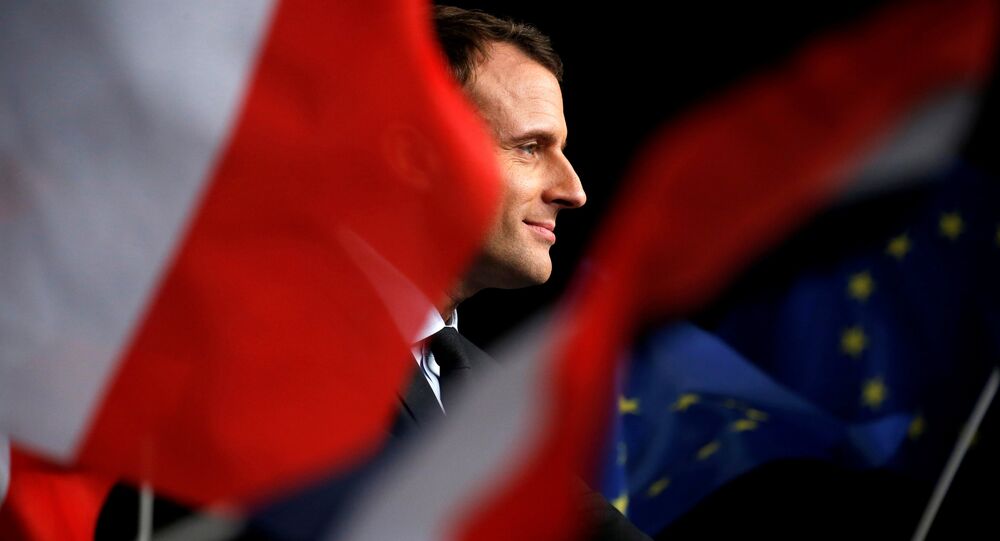 According to Belgian RTBF channel, Macron is poised to gain from 60 to 64 percent of votes in the runoff election.

The first official results of the runoff election will be announced by the country's Interior Ministry at 8 p. m. local time (18:00 GMT). French media outlets are prohibited to publish exit polls data before the official announcement of the election's results.

© AP Photo / Bob Edme
Macron, Le Pen: What to Expect From French Presidential Election
The polling stations opened in France at 8 a.m. local time on Sunday. In the second round of the vote, two candidates face each other: independent Emmanuel Macron, the leader of "En Marche!" movement, who got 24 percent of the votes in the first round, and right-wing Marine Le Pen, who came second with 21 percent of the votes.

The French Interior Ministry said the turnout in the runoff is estimated at 28.23 percent as of noon.

According to exit polls covering the presidential runoff voting in France’s overseas territories, Macron is coming ahead of Le Pen with over 60 percent of votes in his favor.

The first round of the election took place on April 23.

Melenchon’s Supporters Refuse to Give Votes to Macron

Macron, Le Pen: What to Expect From French Presidential Election