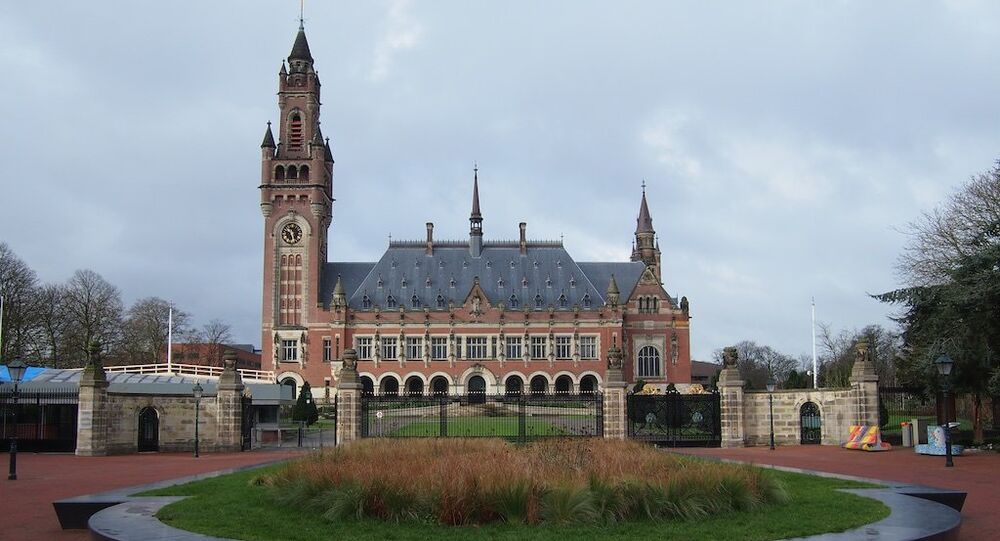 Court Ruling Not an Edict: Why Kiev Won't Stop Blaming and Demonizing Russia

On Wednesday, the UN’s top court based in The Hague declined Ukraine's request to introduce provisional measures against Russia and disregarded its claims of "aggression" in Crimea. Commenting on the decision, political analyst Vyacheslav Smirnov explained to Sputnik why Kiev can't stop itself from blaming and demonizing Russia.

© AP Photo / Peter Dejong
ICJ Declines Kiev's Request to Introduce Provisional Measures Against Russia
On Wednesday, the UN's International Court of Justice (ICJ), based in The Hague, announced its ruling on Ukraine's request for provisional measures within the framework of the Ukraine v. Russia case concerning the application of the International Convention for the Suppression of the Financing of Terrorism (ICSFT) and the International Convention on the Elimination of All Forms of Racial Discrimination (ICERD).

It declined Kiev's request to introduce provisional measures against Moscow over the International Convention for the Suppression of the Financing of Terrorism (ICSFT).

"The Court is of the view that, at this stage of the proceedings, Ukraine has not put before it evidence which affords a sufficient basis to find it plausible that these elements are present. Therefore, it concludes that the conditions required for the indication of provisional measures in respect of the rights alleged by Ukraine on the basis of the ICSFT are not met," said the ruling.

The ICJ said Ukraine initiated legal proceedings against Russia on January 16 of this year when it accused Russia of funneling weapons, military equipment, people and money to war-torn eastern Ukraine through their common border.

© REUTERS / Eric Thayer/Files
Moscow Welcomes UN Court Decision to Disregard Claims of 'Aggression' in Crimea
Kiev also accused Russia of racial discrimination of minorities in the Black Sea republic of Crimea, which reunited with Russia after a March 2014 referendum. Ukrainian authorities claimed probes into alleged disappearances of Crimean Tatars were not conducted promptly and that Ukrainian-language education was restricted.

Moscow welcomed the decision of the UN Court.

"It is important that the Court took a principled position and did not support Ukraine's claims about alleged "aggression", "occupation", or the status of Crimea as not relevant to the subject of the proceedings," Russia's Foreign Ministry said in the statement on its website.

© Sputnik / Andrey Iglov
Kiev to Sue Russia? Maybe Crimea Should Ask Compensation for '20 Years of Looting' Instead
Commenting on the ruling, Russian political analyst, director of the Scientific and Research Institute of Political Sociology Vyacheslav Smirnov told Radio Sputnik that it was, in fact, a compromise and inconclusive.

"The Court's decision was a compromise. It underlined rights for the Ukrainian and Crimean Tatar language. And that was it. So, we can say here that the demands have been partially satisfied. Or we can also say that the demands have not been satisfied in principle," he told Sputnik.
The political analyst further suggested that Kiev won't stop blaming and demonizing Russia.

"Ukraine has to further blame and demonize Russia. Otherwise the voters and certain politically active elements won't support its current administration – the president and the cabinet of ministers. Hence they are doomed to blaming Russia of whatever they find appropriate until they remain in power," he said.

In a separate comment on the issue, Dr. Dmitri Labin, a professor of international law at the Moscow State Institute of International Relations noted to Radio Sputnik that the Court is yet to review the merits of the case, however the chances are miserable that it will accept Ukraine's claims.