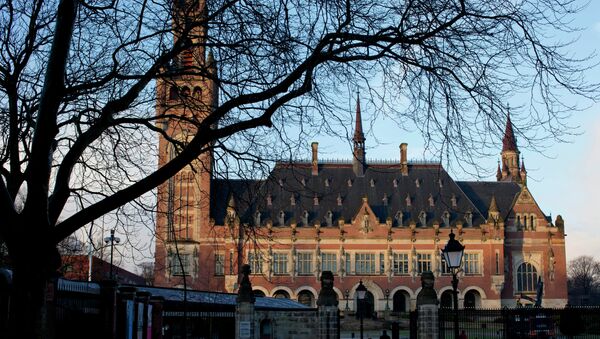 MOSCOW (Sputnik) — The International Court of Justice will not satisfy Ukraine’s request to introduce provisional measures in relation to Russia over the International Convention for the Suppression of the Financing of Terrorism, Judge Ronny Abraham, the president of the court, said Wednesday.

"Therefore the court concludes that the conditions required for the indication of provisional measures … are not met," Abraham said.

The ICJ, UN’s top court based in The Hague, said Ukraine initiated legal proceedings against Russia on January 16 of this year when it accused Russia of funneling weapons, military equipment, people and money to war-torn eastern Ukraine through their common border.

Home, Sweet Home! Crimeans Feel Happy About the 'Future of Their Children'
Kiev also accused Russia of racial discrimination of minorities in the Black Sea republic of Crimea, which reunited with Russia after a March 2014 referendum. Ukrainian authorities claimed probes into alleged disappearances of Crimean Tatars were not conducted promptly and that Ukrainian-language education was restricted.

Russia has many times denied being part of the three-year conflict in eastern Ukraine, which has claimed more than 10,000 lives, according to the United Nations. Russia’s representative at the Hague process Roman Kolodkin said Kiev’s call for ICJ measures against Moscow lacked both "judicial and factual" prerequisites and urged Ukraine to abide by the Minsk deal to restore peace.