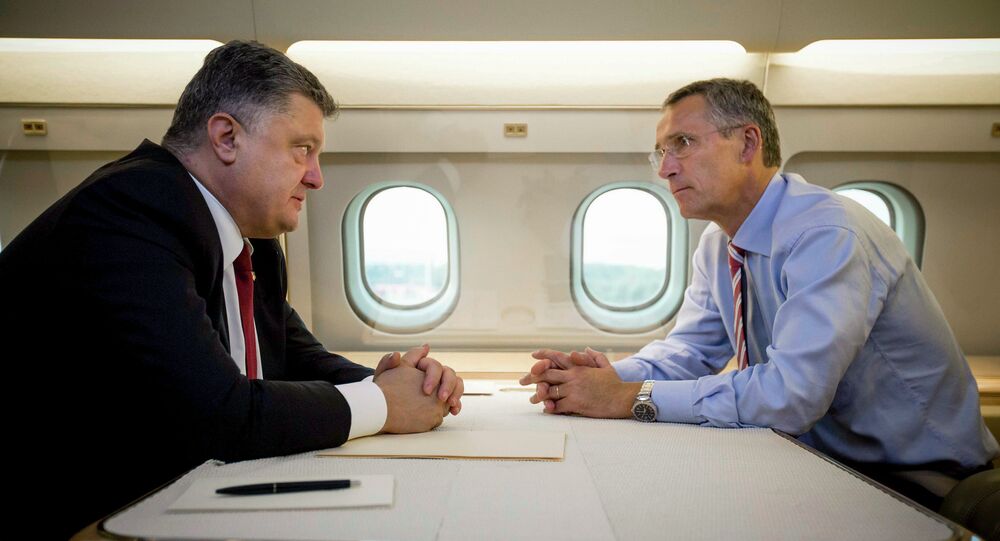 The Verkhovna Rada has adopted a resolution urging Washington to grant Ukraine a special status of a "major non-NATO ally," something that the current leadership in Kiev has long advocated. The United States is unlikely to give this designation to Ukraine, journalist Vladimir Bychkov wrote for RIA Novosti.

"Experts say that Ukraine is unlikely to receive the status in the near future. This is not going to happen at least prior to Trump's stated attempt to improve relations with Moscow. If these efforts turn out to be a success, Kiev will never get it," the analyst said. "I think even if the first attempt is unsuccessful, Kiev will get nothing because there would be a second and a third attempt, etc."

Kiev's previous unsuccessful attempt took place in 2014 when then-US President Barack Obama responded to a request from his Ukrainian counterpart Petro Poroshenko with a firm no.

"When it comes to Ukraine, Kiev authorities want to drag Washington into Ukraine's bickering with Russia. This is understandable. But in this case Kiev authorities are either naïve dreamers or troublemakers. Why would Washington be drawn into a confrontation with Russia because of Ukraine? Name even a single advantage that [this scenario entails] for Washington. [The United States] has always used proxies. This is a habit and a smart strategy," Bychkov noted.

The United States grants the status of "major non-NATO ally" to countries that have strategic working relationships with the Pentagon but are not members of the North Atlantic Alliance. Unlike the bloc's Article 5, this designation does not automatically trigger a mutual defense clause.

Georgia, Moldova and Ukraine have been proposed as possible major non-NATO allies.

If accepted, this move would add extra strain on the already tense relations between Russia and the United States at a time when President Donald Trump has repeatedly indicated that he would like to see both countries mend their ties.

Ukraine's initiative also fell on deaf ears when relations between Moscow and Washington were in a deep freeze following the foreign-sponsored coup in Ukraine. "Neither Obama nor Kerry made any statements which would directly say that America was ready to launch anything even remotely resembling an armed conflict [with Russia]," the analyst observed.