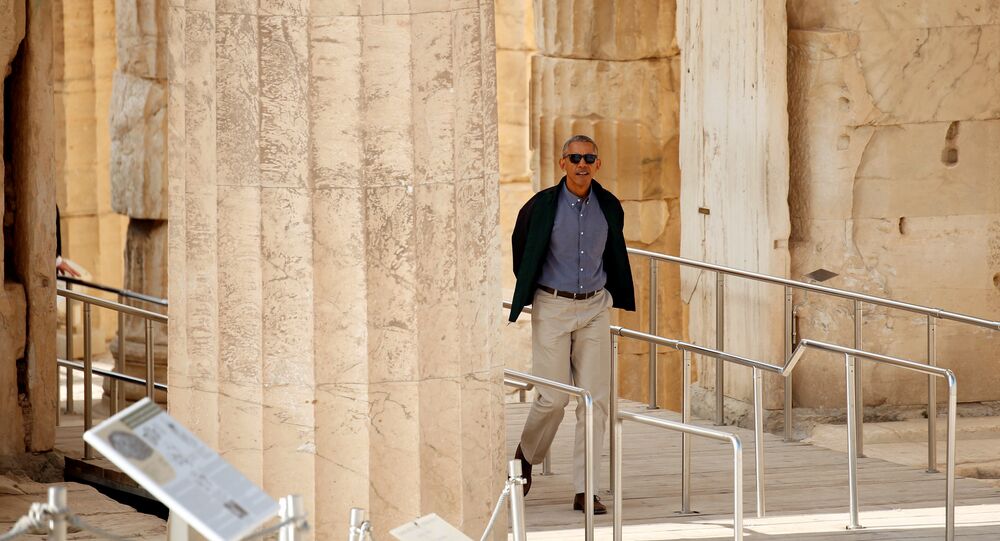 A slew of US senators have requested that US Secretary of State Rex Tillerson investigate the use of tax dollars to support left-wing causes in Macedonia, Albania, Latin America and Africa.

Senators Mike Lee of Utah, Jim Inhofe of Oklahoma, Thom Thillis of North Carolina, Ted Cruz of Texas, David Perdue of Georgia and Bill Cassidy of Louisiana contend that State Department dollars have been funnelled to organizations propped up by billionaire George Soros, the Washington Free Beacon reported. Forbes estimates Soros’ net worth to be $20 billion, which would make him the 22nd richest person in the world.

Soros’ Open Society Foundation has branches in 37 countries and has spent $11 billion on various projects around the world since being founded in 1993, according to a 2015 expenditures filing. Given the magnitude of the Open Society Foundation’s operations, finding a link may not prove an overly difficult task. In 2014 alone, the organization dropped a cool $43.8 million on media-oriented causes, the foundation said in 2015.

The administration may have attempted to influence sovereign foreign governments by wiring government funds to "extreme and sometimes violent political activists," according to a copy of the letter obtained by the Free Beacon.

In recent months, foreign dignitaries, including elected leaders, have relayed concerns over the "disappointing news" that the US attempts to meddle in the political affairs of other nations, Lee said. "This includes reports of diplomats playing political favorites, USAID [US Agency for International Development] funds supporting extreme and sometimes violent political activists, and the US government working to marginalize the moderates and conservatives in leadership roles."

In Macedonia, the US has attempted to exert influence on the media and through its embassy, the legislators say. They continue to assert that "credible reports" over the past few years imply that the "US Mission there has actively intervened in the party politics of Macedonia.” Further, by "shaping" the media environment in the landlocked Balkan nation, the Obama administration "often" favored "left leaning political groups over others."

Groups financed by Soros’ deep pockets as well as US diplomas have advocated "certain political outcomes," Albanian leaders told the US officials.

In the lawmakers’ opinion, such use of tax funds "ultimately" subverts US initiatives to "build beneficial international relationships," and say these operations should end immediately.