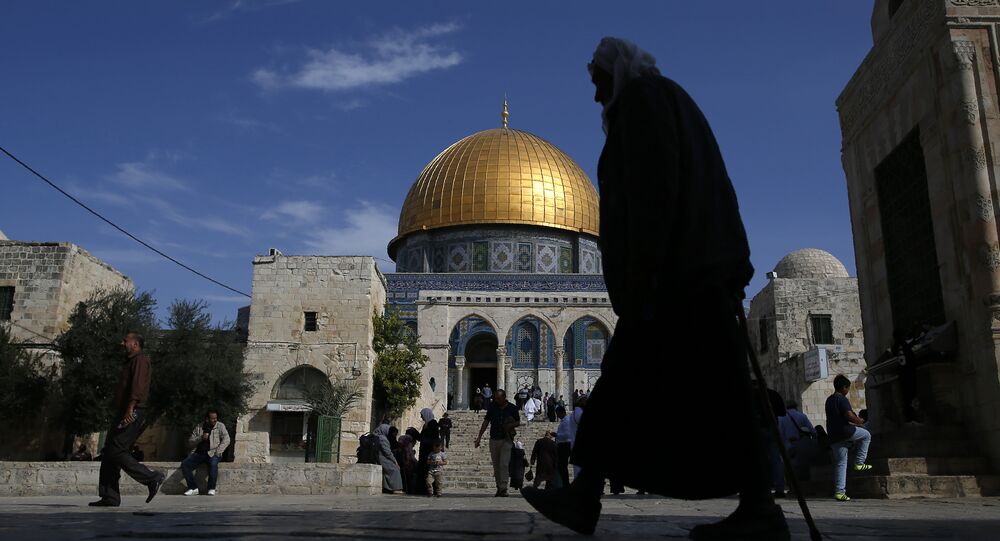 On Wednesday Arab legislators decried a measure that has won preliminary approval to mute amplified calls to prayer from mosques in residential sections of occupied East Jerusalem and Israel.

The prayer calls normally begin sounding through loudspeakers just before 5 a.m., and supporters of the bill claim that those who live near mosques do not want to have their sleep disturbed.

Right-wing parties sponsored the bill, and detractors assert that the measure is racist and infringes on the religious rights of Israel’s Muslim community. The country’s Muslim minority has often complained about discrimination, as they make up roughly 20 percent of Israel’s population.

Arab lawmaker Ahmed Tibi told supporters of the bill that "You are committing a racist act," pointing out that, "This is an important Muslim religious ceremony, and (the Knesset) has never intervened in a Jewish religious event."

Israeli media has called the policy the "muezzin law," in reference to the person who leads the prayer, although the bill broadly refers to "houses of worship."

There are two versions of the law that won the approval and will be up for discussion, after going to committee. One bans the amplified call from 11 p.m. to 7 a.m. The other version bans amplification in residential neighborhoods at all times, with violations bringing fines of $2,700.

During rancorous argument between those opposed to and those in support of the bill, one of the sponsors, Motti Yogev, said, "This is a social-minded law that aims to protect citizens' sleep, without, God-forbid, harming anyone's religious faith."

Yogev called the bill "a social law that aims to enable people to sleep,” noting that, “Loudspeakers have not been here forever, and in recent decades there are alarm clocks for whoever wants to wake up for the mosque."

Zionist Union party leader Tzipi Livni stated that "proud Israelis" should unite against a bill that would "spread hate and ignite tensions" between Jews, Arabs and Muslims.

"This law will not be implemented, I am tearing it up," said Arab lawmaker Atman Ode, rising from his seat with a copy of the bill in his hand. He was subsequently removed from the chamber.

Although Jerusalem has claimed to not discriminate against Arabs, as well as act to protect the religious rights of all, in 2015 Prime Minister Benjamin Netanyahu contradicted this by imploring his backers to vote because Arabs were doing so "in droves."

Ode commented in an earlier session, "This law does not deal with noise nor with quality of life, just with racist incitement against a national minority…The voice of the muezzin was heard here long before the racists of the Netanyahu government and will after them."

This measure would exempt Al-Aqsa, the third-holiest mosque in Islam, because the bill only pertains to residential areas, but would include East Jerusalem, a territory Israel seized after the 1967 Six-Day War.

Israeli President Reuven Rivlin is opposed to the bill, saying that a solution can be found by referring to noise pollution laws already in place.