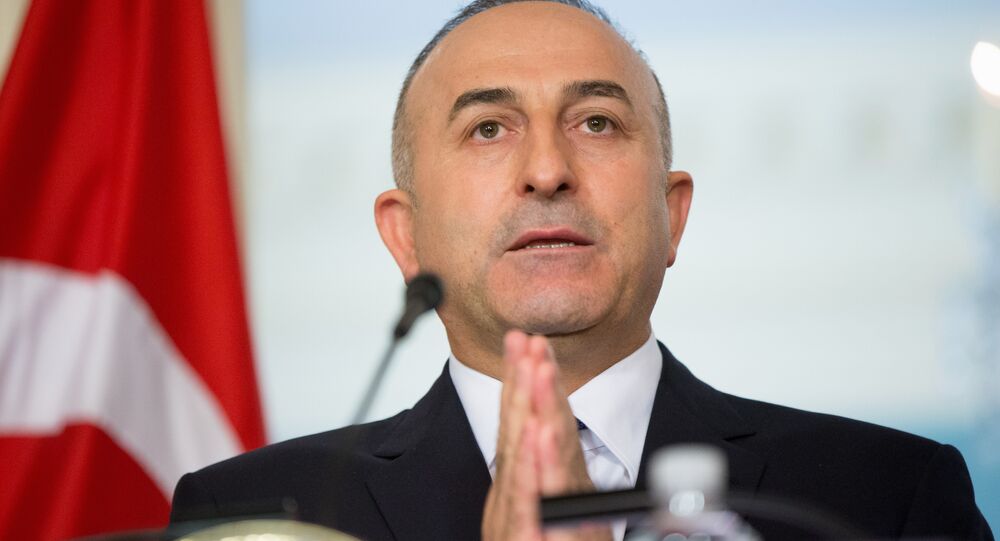 Tensions between Germany and Turkey showed no signs of easing on Wednesday as Berlin accused Ankara of ramping up spying operations in Germany, and Turkey’s foreign minister accused Berlin of harboring hostilities against Turkey and the Muslim faith.

Germany is calling for the swift release of Turkish-German journalist Deniz Yücel, who was detained on Valentine’s Day on terrorism charges, while Turkey is condemning Berlin for canceling several rallies planned in the west European country by Turkish ministers.

Ulf Porschard, editor-in-chief of Die Welt, the German newspaper that employed Yücel, wrote a letter in both Turkish and German saying, "You can change that. You of all people. Releasing Deniz Yucel would send a signal."

On Tuesday, Turkish Foreign Minister Mevlut Cavusoglu said he would address a rally in Hamburg to garner support for a "yes" vote in a referendum that would grant the expansion of powers for Turkish President Recip Tayyip Erdogan

"I am going to Hamburg… I will come together with our citizens tonight. Nobody can prevent this, and nobody can try to do so," he said, "It is unacceptable for the venue's owner to be pressured by the police and intelligence to cancel the event."

He added, "We don't want relations to be bad with any country, including Germany. But if they approach us with hostility, we'll give the necessary response…These… actions by countries we see as friends are shameful."

She said, "At a time of such deep political change, everything must be done to preserve the separation of powers, and above all freedom of opinion and the plurality of society… During the coup, we saw how the Turkish people stood up for democracy and for the rules of democracy."

During the ITB travel fair in Berlin Cavusoglu remarked, "In Germany we see many politicians and the press… are very harsh and very anti-Turkey and we even see Islamophobic sentiment."

Cavusoglu later spoke with German counterpart Sigmar Gabriel. At a separate event afterward Gabriel seemed to be trying to bridge a gap between the two countries, while acknowledging the need for Turkey to help Germany stem the tide of refugees coming into Europe.

Gabriel said, "Whatever differences and arguments we have, there is no alternative to talks because (only) then is there a possibility of returning, step-by step, to normalized and friendly relations between Germany and Turkey."

He said that Turkish officials campaigning in Germany should respect "ground rules," referencing comments made by Erdogan that described the rallies’ cancellations as "fascist actions" on the part of Berlin that mirror acts of the Nazi regime.

The two NATO allies have been butting heads since the failed coup attempt in Turkey in July 2016, with Erdogan’s crackdown on suspected participants being criticized by Germany and many other European nations.

This also happens amid concerns of Turkish espionage in Germany by BfV, Berlin’s domestic intelligence agency, who say that there are tensions among ethnic Turks in the country surrounding Erdogan’s referendum.