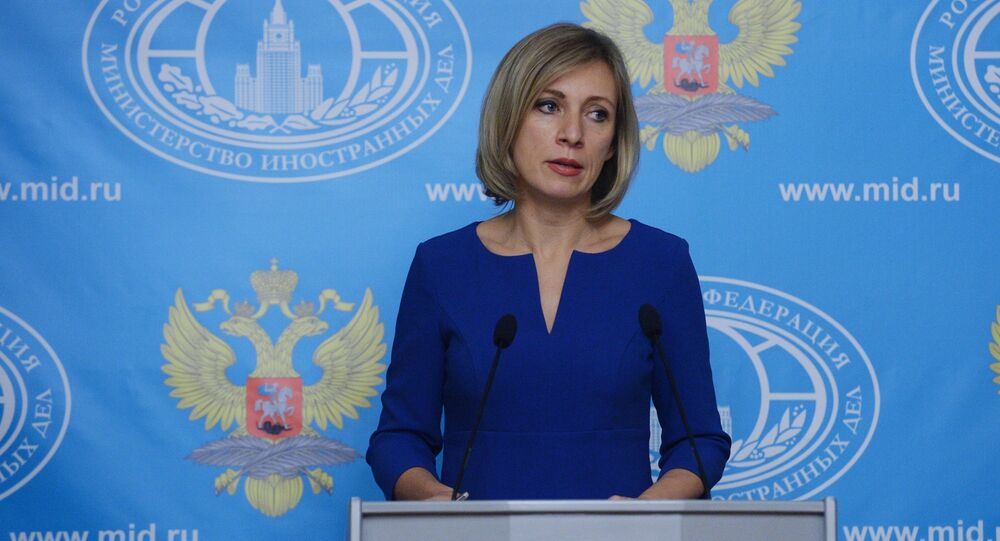 "It's a shame," Russian Foreign Ministry spokeswoman Maria Zakharova said at her weekly press briefing commenting on the recent publication of fake reports in the mainstream media regarding contacts between the US Attorney General Jeff Sessions and Russian Ambassador to US Sergey Kislyak.

Mainstream media reports on contacts between Kislyak and Sessions are aimed to mislead public opinion in the US and the world, Zakharova said.

"What is going on in the Western, particularly in the US media, is just some manifestation of media vandalism," she said. "First of all, it's an attempt of total disinformation," she added.

© AFP 2020 / ABDELHAK SENNA
US Security Services Regard Russian Ambassador Kislyak as Top Spy, Spy-Recruiter
The work of diplomats is to develop contacts in the host country, Zakharova stressed.

Earlier in the day, Kremlin spokesman Dmitry Peskov urged on Thursday to pay no mind to media reports citing unnamed sources which claim that Russian Ambassador to the United States Sergey Kislyak could be a spy and a recruiter.

"These are once again anonymous media speculations which constantly work up this situation. The only thing that can be offered to all in this situation is simply not to respond to these anonymous, unfounded false stories, and be guided only by official statements," Peskov told reporters.

The CNN broadcaster cited anonymous US government officials as saying earlier Thursday that US intelligence views Kislyak as a "top spy" and "spy-recruiter."