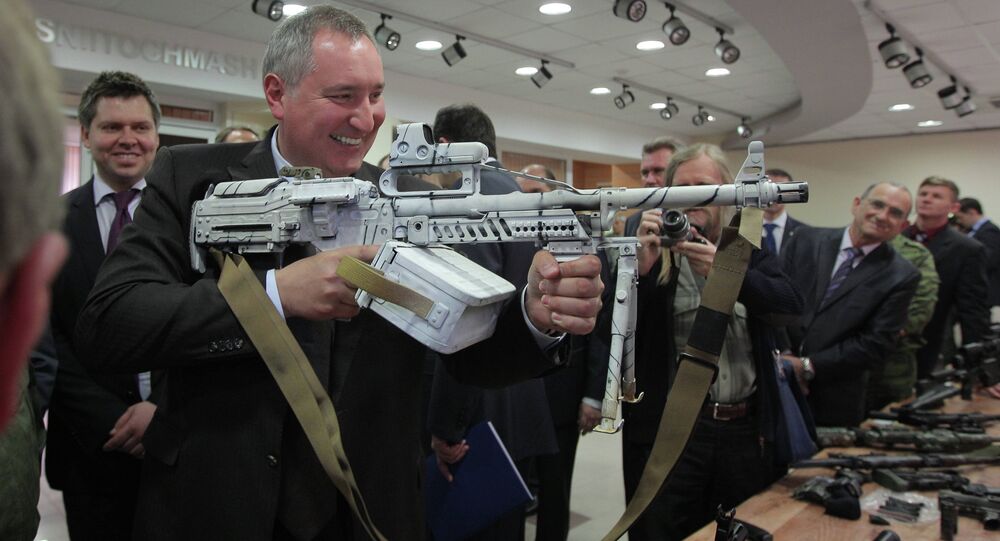 One does not simply destroy Russia's economy and reshape its political will by sanctions, according to Deputy Prime Minister Dmitry Rogozin.

MOSCOW (Sputnik) — Economic sanctions imposed by the European Union on Russia have brought an outcome contrary to that the bloc was expecting, Russian Deputy Prime Minister Dmitry Rogozin said Sunday.

"Blackmailing and threats should not be applied to Russia. Sanctions against our industry have already led to an effect opposite to the expectations of the European officials," Rogozin wrote on Twitter.

© Sputnik / Vladimir Sergeev
Lavrov Reveals the 'One Simple Thing': Why Russia Imposed an Embargo on the EU
Since 2014, relations between Russia and the European Union and the United States, deteriorated amid the crisis in Ukraine. Brussels, Washington and their allies introduced several rounds of sanctions against Russia on the pretext of its alleged involvement in the Ukrainian conflict, which Moscow has repeatedly denied. In response to the restrictive measures, Russia has imposed a food embargo on some products originating in countries that have targeted it with sanctions.

In 2015, German farmers were mostly affected by the EU sanctions on Russia, losing 1 billion euros ($1.1 billion), according to the German Farmers Association. Dairy farmers in Germany saw their revenues drop by 50 percent in 2015 compared to the previous year, while meat, grain and vegetable producers lost around 25 percent.