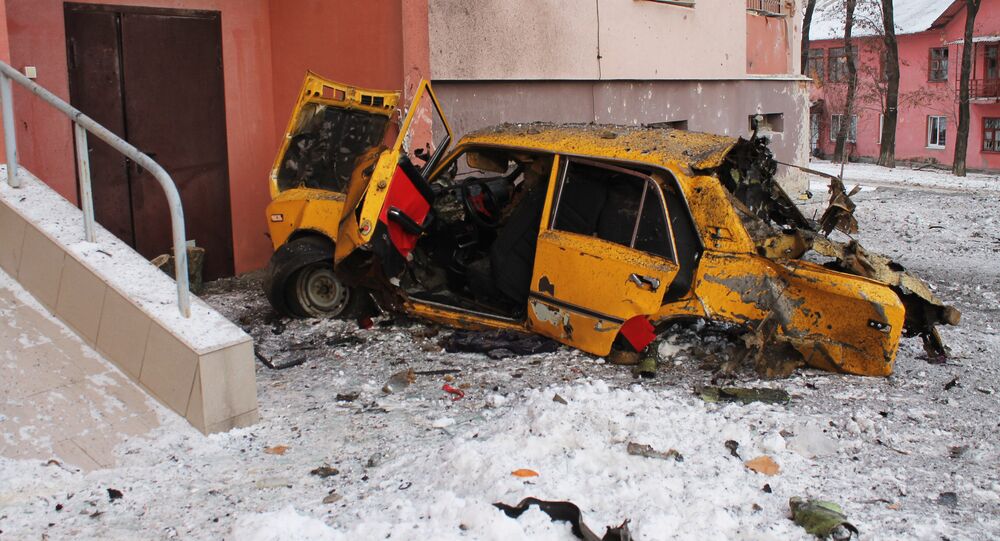 According to the Kremlin spokesman, the Russian president and his US counterpart didn't discuss the Ukrainian settlement in details during their phone conversation.

The escalation in Donbass is yet another reason for the United States and Russia to resume dialogue as soon as possible, Peskov added.

"As regards the current aggravation at the contact line, this is perhaps another reason for quick resumption of the dialogue and cooperation between Russia and America, including in the interest and for the resolution of the Ukrainian issue," Peskov told reporters.

"We strongly disagree with this formulation," Peskov told reporters.

Peskov noted that statements made by the Ukrainian defense ministry officials saying that "the Ukrainian armed forces are advancing forward meter by meter de-facto prove the offensive operations."

According to the spokesman, Kiev’s actions in Donbass derail the Minsk agreements, everyone must urge Ukraine to stop provocations.

"These are actions that undermine the Minsk agreements regime. And now it is important for everyone to insistently come up with a call, first of all on the initiators of the offensive, and it means Kiev, to stop these provocations," Peskov told reporters.