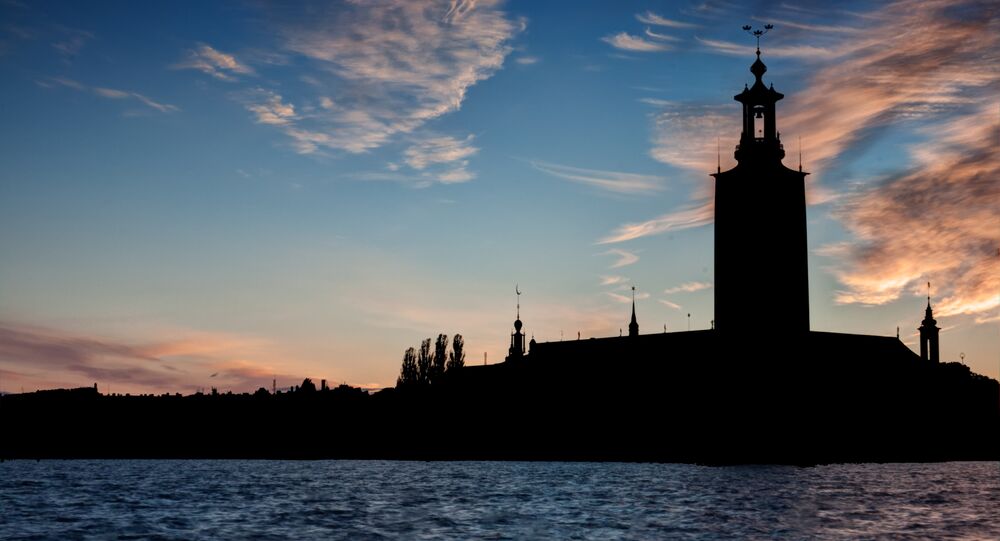 Given the UK's troubled relations with the EU, it is hardly surprising that Great Britain became the first nation to leave the union. However, unlike previous estimates, it may be followed by northern EU member states rather than southern. Five years ago, Grexit was on the menu. Today, it is 'Nexit,' 'Fixit,' 'Dexit' or even 'Swexit.'

© AFP 2020 / TT NEWS AGENCY / STIG-AKE JONSSON
Swedish Population Swells to Ten Million, With a Little Help From Migrants
At present, the EU is at a crossroads, and Europe's future is dependent on which way different EU member states will go, therefore there is a possibility for the European alliance to lose a handful of members, Swedish political scientist Göran von Sydow of the Swedish Institute for European Policy Studies (SIEPS) told Swedish online magazine Politism.

"The EU's future development in the next few years will naturally affect the public opinion. If the EU becomes equal to the Eurozone, than it is not certain that Sweden feels equally at home," Göran von Sydow said.

At present, Brexit has not yet begun to take shape. Today, so-called quiet diplomacy precedes official negotiations. However, British Prime Minister Theresa May seems to cherish the idea of a free trade agreement with the EU. This type of a solution, which runs contrary to the EU's tendency towards federalism, can give rise to a new debate in Sweden, which is many ways is the Scandinavian equivalent of the UK. As Great Britain did, Sweden refused to introduce the euro, and in terms of EU politics, Britain and Sweden agree on 90 percent of all issues.

© Flickr / jeaneeem
EU-Skeptical Scandinavians Sulk Over Migrant Crisis
Economically, the Nordic states naturally go together with the UK and Germany. Today, with the UK packing its bags and a lively debate ongoing in the EU's heartland Germany, there is a chance that a similar debate flares up in Sweden, which hitherto has been one of the EU's most loyal member states, at least officially.

Göran von Sydow pointed out that there in fact has long been a latent EU-skeptic public opinion in Sweden that has always been greater than its representation in parliament. A new EU debate is expected to flame up if the gap between public opinion and its parliamentary representation finally attracts the attention of the voters.

Von Sydow also referred to the ongoing debate between two of Germany's leading intellectuals, philosopher Jürgen Habermas and Wolfgang Streeck, German economic sociologist and emeritus director of the Max Planck Institute for the Study of Societies in Cologne, who happen to have contradictory views on which direction the EU should go. Whereas Habermas wants to see a federalist Europe, with most of the decision-making process shifted towards the EU institutions, Streeck argues that democracy cannot really leave nation-states behind. According to him, the powers that be tend to drift too far away from electorate, which ultimately makes them non-legitimate.

© Photo : Pixabay
Austerity Gone Wrong: Swedish Women Taught to Give Birth in Cars
Another perennial argument is that the EU is dysfunctional and bureaucratic, with the market having gotten the upper hand over democracy. Permanent institutional crises within the union create tensions, as the EU is eager to punish Greece for the financial loss incurred by German and French banks, but does not seem to mind, say, Poland's and Hungary's "refugee resistance," which clearly contradicts Brussels guideline.

"In the early 1990s, the political analysis dominated by the notion that the market has become global and that democracy therefore was expected to follow suit. In the aftermath of the EU's failure to manage its crises and strengthen democracy in its member countries, this analysis begins to crumble. Soon, 28 years after the fall of the Berlin Wall, the EU as we know it, is fading away. Although a pure 'Swexit' may not necessarily occur, but it is highly unlikely that there is no alternative to the EU membership," Göran von Sydow concluded, adding that nothing lasts forever.